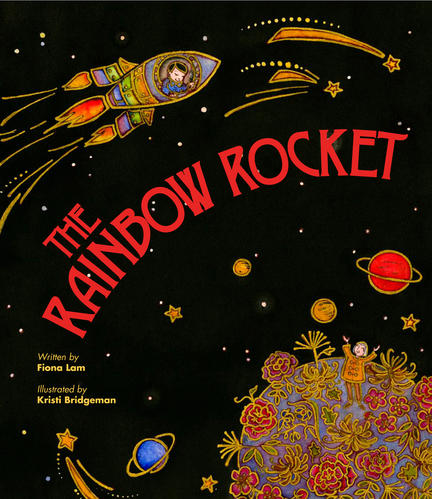 Fiona Tinwei Lam is a Scottish-born, Vancouver-based writer whose work has appeared in literary magazines across the country, as well as in the Globe & Mail, and anthologies in Canada, the US and Hong
Kong. Her work has also been featured as part of B.C.'s Poetry in Transit program. Her book of poetry, Intimate Distances (Nightwood 2002), was a finalist for the City of Vancouver Book Award. Twice short-listed for the Event literary non-fiction contest, she is a co-editor of and contributor to the anthology of personal essays, Double Lives: Writing and Motherhood (McGill-Queens University Press, 2008). Her work will also be appearing in Best Canadian Poetry 2010 (Tightrope Books, 2010), edited by Lorna Crozier. Her most recent collection of poetry, Enter the Chrysanthemum (Caitlin, 2009), depicts the journey into single parenthood, exploring themes of family, love and loss. She is a former lawyer.

Kristi Bridgeman has illustrated several books for children, including There Once Was a Camel and Uirapurú (Oolichan Books) by P.K. Page. Her fine-art pieces can be found at the Art Gallery of Greater Victoria and Sooke Harbour House Gallery. Born and raised on the west coast of Canada, Kristi resides and paints in her home-based studio at the edge of the rainforest on Vancouver Island, British Columbia. For more information, visit www.kristibridgeman.com.

Illustrator Gallery: Kristi Bridgeman and A Carnival of Cats

Because there is no better time for a cat carnival that on the cusp of Halloween!