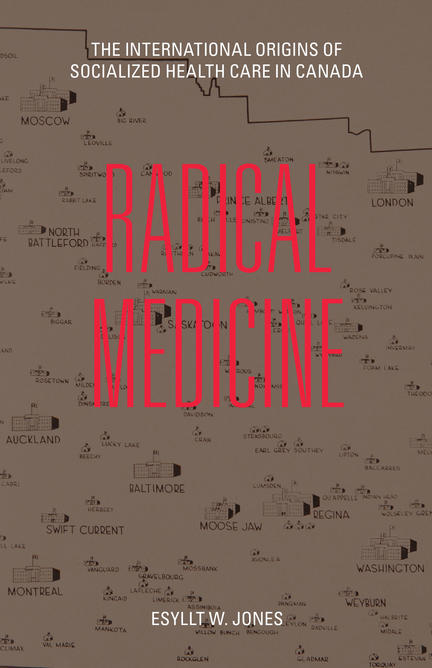 Medicare was born in Saskatchewan, but its roots are global. Radical Medicine offers a thrilling new history that connects the history of socialized health care in Canada with the New Deal in the United States, the October Revolution in Russia, and the British Labour movement. It weaves together the histories of brillitant international health advocates, insurgent social movements, and intense political conflicts. It shows how, while medicare was shaped fundamentally by local forces and cultures, we can only understand its history in a world-historical context. As universal public insurance programs crumble, Radical Medicine is the medicare book we need now.

Adele Perry is Associate Professor and Canada Research Chair (Tier II) in the Department of History, University of Manitoba. She is the author of On the Edge of Empire (2001), a co-editor of Rethinking Canada: The Promise of Women's History, and is working on a book length study of an elite Creole/Metis family and circuits of migration and rule in the nineteenth-century British empire.

Esyllt Jones studies the history of health, disease, and social movements, and is an Associate Professor of History at the University of Manitoba. Author of Influenza 1918: Disease, Death and Struggle in Winnipeg (UTP, 2007), she is also a member of the ARP editorial collective.

Other titles by Esyllt Jones

A Response to Conservative Canada