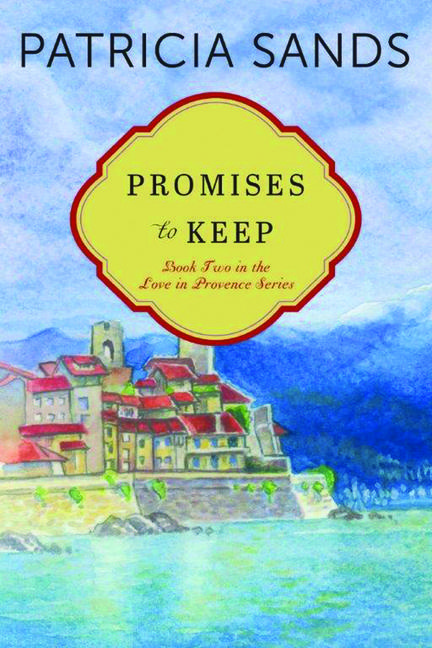 The painful memories from her life back in Toronto will never be distant enough, but Katherine Price finds peace under the autumn sky in the South of France…and a deepening, dizzying love with Philippe. Together, they savor the delicacies and splendor of life, toasting to a future filled with happiness and hope—a life far away from the heartache they both knew so well.

But during a trip to the medieval village of Entrevaux, a strange note turns into a dangerous car chase. Philippe reveals he has a troubling secret—and the couple’s new life together threatens to crumble before it can begin. Now that Katherine has everything she’s ever wanted, is she about to lose it all?

Promises to Keep is the heartfelt second addition to award-winning author Patricia Sands’s Love in Provence trilogy—and a stirring reminder that it’s never too late to be joyfully surprised by love, life, or even yourself.

Patricia Sands lives in Toronto, but her heart’s other home is the South of France. An avid traveler, she spends part of each year on the Côte d’Azur and occasionally leads groups of women on tours of the Riviera and Provence. Her award-winning 2010 debut novel, The Bridge Club, is a book-group favorite, and The Promise of Provence, which launched her three-part Love in Provence series, was a finalist for a 2013 USA Best Book Award and a 2014 National Indie Excellence Award, an Amazon Hot New Release in April 2013, and a 2015 nominee for a #RBRT Golden Rose award in the category of romance. Sands also contributes to such Francophile websites as The Good Life France and Perfectly Provence and appears as a public speaker for women’s groups. Celebrating the power of friendship and the courage to embrace change, her writings draw personal responses from male and female readers alike.

Other titles by Patricia Sands

I Promise You This

The Promise of Provence