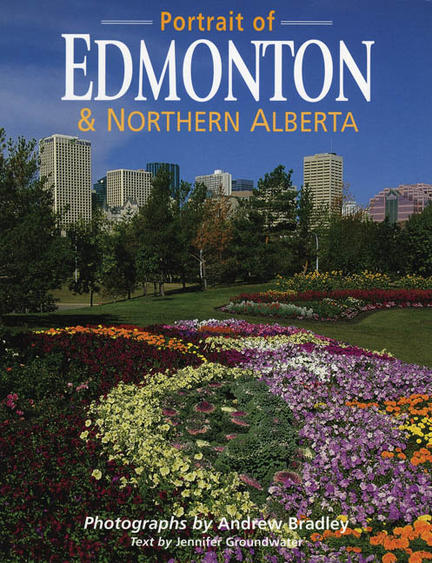 Born in Montreal, JENNIFER GROUNDWATER came to Banff in 1993 for one summer. Like so many others before her, she fell in love with the Rockies and just couldn't tear herself away. She now makes her home in Canmore, where she enjoys the mountain lifestyle with husband Scott, a dog, a cat, and her children. Jennifer has been working in the tourism industry in Banff and Canmore since her arrival, most recently for Tourism Canmore. She has travelled extensively throughout Canada, as well as other parts of the world.

Andrew Peter Bradley is an Australian-born photographer who left his home on the Gold Coast in 1990 to travel the world. After living in L.A., New York, Toronto, Banff and Fort McMurray, he finally landed in Calgary and stayed there for 15 years. Enamoured with Calgary’s western culture, dynamic architecture and the fabulous Rocky Mountains, Andrew has produced thousands of images that have been used in various publications to promote Calgary. He has produced two other books, Portrait of Edmonton and Portrait of Alberta. Andrew currently lives on Vancouver Island where he follows his other passion, sailing.

Other titles by Jennifer Groundwater

The Spirit of Innovation

Other titles by Andrew Peter Bradley