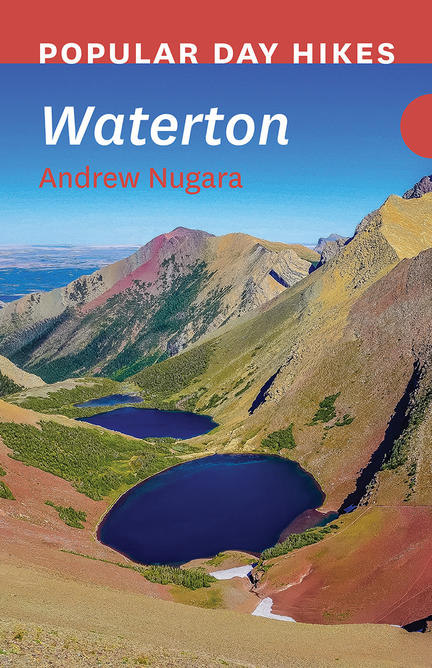 Popular Day Hikes is a series of bestselling books written for visitors and locals looking to hike scenic trails from well-established staging areas.

Popular Day Hikes: Waterton covers 34 hikes in southern Alberta’s beautiful Waterton Lakes National Park. From short, easy walks, to longer, full-day hikes, to easy scrambles, this book outlines mountain trips for all ages and all levels of difficulty. Some of the hikes included are:

Although small, relative to other national parks, Waterton is one of the most unique and scenic in all of Canada, largely due to the enormous variety of colourful rock prevalent throughout the area, striking mountains (composed of all that colourful rock), and a number of stunning lakes. Easy access to all corners of this incredible mountain environment is made possible by an extensive, well-developed and well-maintained system of trails.

The tiny but quaint town of Waterton lies on the shores of the Canadian Rockies’ deepest lake, Upper Waterton Lake, and is surrounded by picturesque mountains. Perched above the lake is the iconic Prince of Wales Hotel, one of the most photographed hotels in Canada. Throughout the summer, all services are available in and around the townsite, making weekend or week-long trips to Waterton ideal.

Waterton is a visually breathtaking feast that everyone should experience. Enjoy!