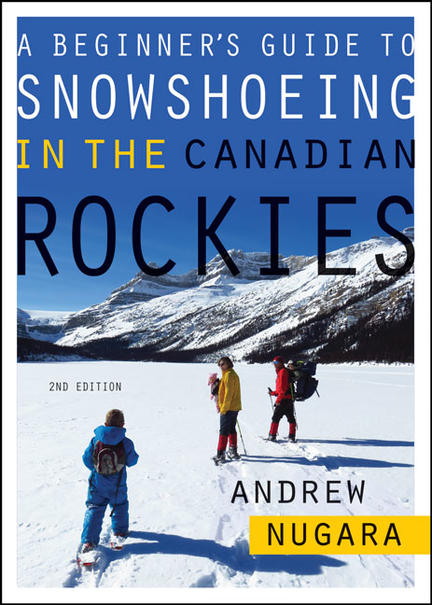 Whether you are looking for an easy introductory day on flat terrain amid beautiful surroundings or getting to the summit of one of the Rockies innumerable stunning mountains, you will find it in this bestselling guidebook.

This second edition of A Beginner’s Guide to Snowshoeing in the Canadian Rockies has almost doubled in content and now describes over 75 great treks for new or beginner snowshoers. In addition to the very easy routes tailored for those who find themselves on snowshoes for the first time, this edition features a number of new, slightly more difficult routes designed for the intermediate snowshoer looking to try challenging trips.

As with the original edition, the trips extend from scenic Waterton in the far south to the breathtaking Columbia Icefield in the north section of Banff National Park, with new sections covering Crowsnest Pass and the Highwood. Stunning colour photos, maps and detailed route descriptions are provided for each trip, as well as level of difficulty, time required and distance travelled.