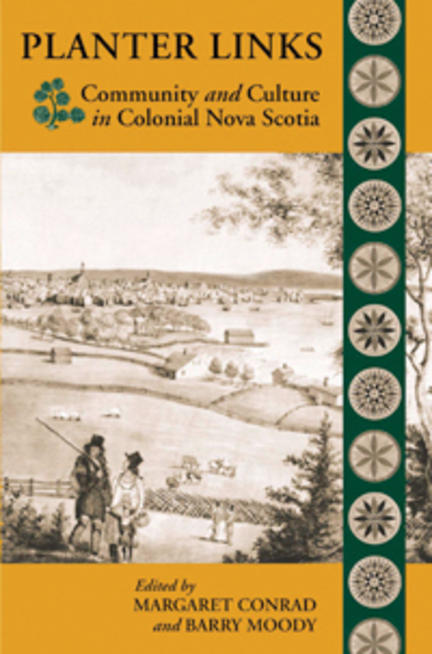 They came into early Nova Scotia from many backgrounds, carrying the village culture, missionary ideals, political dreams, economic ambitions and ordinary hopes of the eighteenth century. Preachers and privateers, teachers and soliders, merchants and farmers , these men and women founded communities and planted seeds that have made a distinctive contribution to local and regional identities in the Maritime Provinces.

Margaret Conrad has taught several generations of students at Acadia University and the University of New Brunswick. A longtime advocate of Planter Studies, she has also published several general histories of Canada and Atlantic Canada.

Barry Moody holds a BA (Hons.) degree from Acadia University and MA and PhD degrees from Queen’s University. He taught history at Acadia from 1970 to 2013. He has written extensively on the history of the New England Planters, eighteenth-century Nova Scotia, and higher education in Canada. He was a founding member of the Annapolis Heritage Society. Barry lives in Port Royal, Nova Scotia, with his wife, Sharon.

Other titles by Margaret Conrad

At the Ocean's Edge

A History of Nova Scotia to Confederation

Canadians and Their Pasts

A History of Atlantic Canada

A Region in the Making

Other titles by Barry Moody