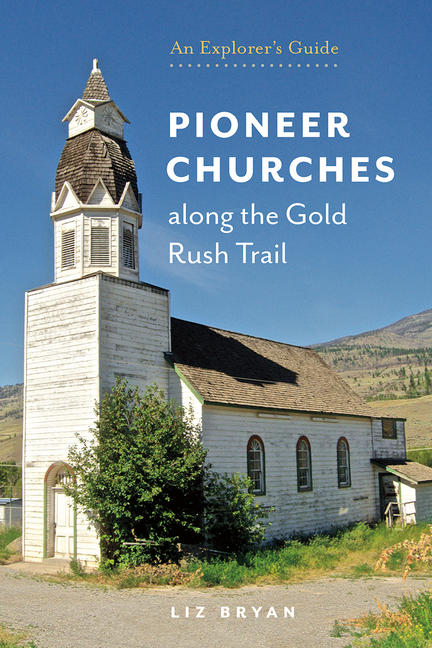 A fascinating tour through BC’s historical gold rush trails, focusing on the nineteenth-century churches that were pivotal to the establishment of early settler communities.

Much has been written about the Cariboo gold rush—from the trails and wagon roads to the rowdy mining camps, from tales of great luck to those of disappointment and despair. This book paints a different picture of those pioneer days. It is a guide to the nineteenth-century churches that were built during the gold rush or in the settlement days that followed. Most of these historic structures were handmade of local wood, though they differed greatly in size and style. Some are now abandoned, untenanted but still worthy of inspection. All were built to fill the spiritual need of the European migrants who flooded to the area, to nurture a sense of community that survived even after the gold was gone.

Filled with beautiful colour photography and detailed maps, Pioneer Churches along the Gold Rush Trail highlights the history, geography, architecture, craftsmanship, and social context of dozens of gold rush–era churches, preserving them, in their varying states of decay, for posterity. While acknowledging the destructive forces of colonialism, including Christianity, on Indigenous Peoples, this book also examines the historical role of churches in community building and invites the reader to consider this dichotomy with an open and curious mind.

"Travel the Gold Rush Trail from the Lower Mainland to the Cariboo and your eye will be caught by many historic places of worship along the way. Liz Bryan’s book will fill in the blanks, giving you the backstory to the compelling architecture and history of these churches and transforming your journey through the BC Interior into a pilgrimage."
—Sage Birchwater, author of Talking to the Story Keepers: Tales from the Chilcotin Plateau

Other titles by Liz Bryan

Pioneer Churches of Vancouver Island and the Salish Sea

A Journey through Milk River Country

Country Roads of Western BC

From the Fraser Valley to the Islands

Pre-contact Archaeology on the Canadian Plains