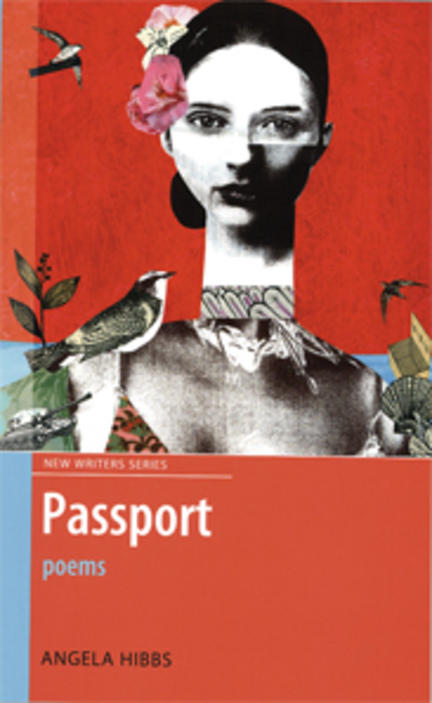 In some ways more of a glimpse-by-glimpse autobiography than a verse collection, the poems of Passport feel like a vivid, bumpy trek out of Newfoundland, by bus, boat, and ferry, into the very heart of Canada.

Born into a Island family, haunted by a cruel, redeeming, widow-making sea, Angela Hibbs transforms the plain, moving intervals and sometimes lurid bric-à-brac of a Canadian working class upbringing into something as gratifying as loose tobacco rolled into a mail-slot flier for smoking after a long day. With her mother, newly enlisted in The Canadian Forces and seeking a better life at a succession of mainland bases, the young poet finally escapes The Rock. She takes along her uprooted, meticulous gaze, memorably describing the peripatetic, close-quartered, nervous life of army families and their offspring.

Hibbs writes a nimble, sidelong poetry versed in the language of exits and pounced-on opportunities. With a talent for capturing the least obvious, most significant detail, Angela Hibbs transforms the plain matter-of-fact into something glistening and enduring.

Angela Hibbs is the author of two previous collections of poetry, Passport (DC Books, 2006) and Wanton (Insomniac Press, 2009). She holds a MA creative writing from Concordia University. Her work appeared in the Poetry Is Public Is Poetry installation at the Toronto Reference Library. She was awarded the 2010 Joseph S. Stauffer Prize.

Other titles by Angela Hibbs