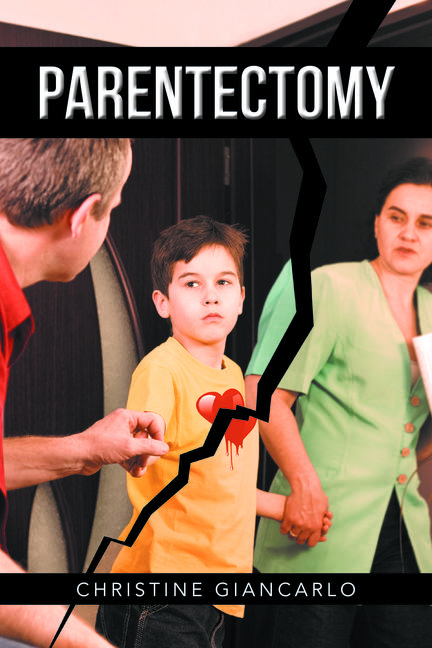 When parents separate and divorce, kids come last in family law. Should children's welfare be measured in "billable hours"? Christine Giancarlo thinks kids come first and need both parents. Parentectomy moves us toward that goal... for the sake of the children.

Based on Dr. Giancarlo's peer-reviewed research study, Kids Come Last: The Effect of Family Law Involvement in Parental Alienation, this book tells, in their own voices, the stories of thirty loving, capable and dependable parents who, nonetheless, were removed from their children's lives. It is also the author's own journey through the devastation caused by parental alienation.

This book sheds light on an urgent social crisis, enabled by a broken family law system. An equitable and just model for eliminating this form of child abuse is proposed with an urgent plea for its implementation.

Christine Giancarlo is an applied anthropologist at Mount Royal University since 1992. She holds a Ph.D. in Human Services from Capella University, Minnesota, and an M.A. in Primatology from the University of Calgary, Alberta. Growing up with two loving parents, four brothers and being blessed with her own children, Devon and Carmen, inform her holistic perspective on the family. Christine resides in Calgary with her partner, Bert, and their dog, Gavin.

A series of case studies on parental alienation in Canada, with some recommendations for alterations to Canadian custody and child support laws.

Christine Giancarlo has a comfortable relationship and a healthy co-parenting arrangement with her former husband, so when she remarried, she was surprised to find the lengths to which her new husband Grant’s ex-wife would go to sabotage his relationship with their three daughters. In the process of their legal fight to maintain Grant’s connection to his children, she came into contact with many other parents, both fathers and mothers, who have been targets of parental alienation by an ex-spouse or ex-lover. Giancarlo points out that alienation affects a wide range of parents, and is not just a gender-related problem, though it often appears that way as mothers are more likely to have custody. This book tells the stories of thirty alienated parents or, in some cases, grandparents, with some suggestions for changes to the law and custody procedures at the end.

PARENTECTOMY is a book centered around its case studies, with a clear, explanatory introduction and a short but thoughtful set of policy recommendations as a conclusion. The case studies vary substantially in length and detail, but most of them provide a careful, thorough account of each parent’s situation. These stories are told only from the alienated parent’s side, but there are enough of them, with enough corroborating detail, to make at least most of them reasonably convincing. They are also personal, intimate, and absolutely heartrending, with alienated parents declaring bankruptcy or dealing with homelessness, suffering from depression and stress-related ailments, and even sometimes committing suicide for grief at the loss of their children, and children whose lives and emotions are torn apart by the manipulative behavior of their alienating parent.

The stories are not merely emotional, however, but also include detailed accounts of how the people studied believe that Canadian law failed their families, either because relevant laws favored custodial parents and enabled alienation, or because laws that might have protected the children from alienation were not properly enforced due to judicial biases, legal incompetence, or lack of financial resources. On that note, it might have be useful to include here perspectives from lawyers and judges who have done substantial work in custodial law in Canada. It would be interesting to see what those who work with those laws and the courts daily have to say about why such biases and flaws in the legal system exist and how best to counter them.

PARENTECTOMY is a detailed look at the painful problem of parental alienation through the eyes of those affected, and offers some thoughtful ideas about how to protect children’s right to have a relationship with loving, competent parents.