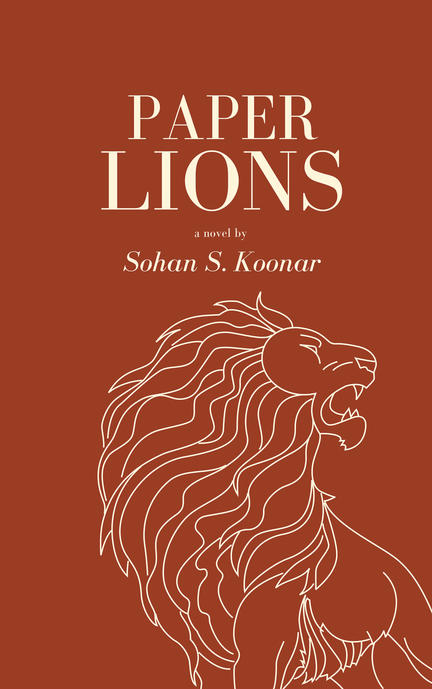 Told from three distinct points of view, Paper Lions is an epic multi-generational novel about India, set in the years from the advent of the Second World War to the beginning of modern times in the 1960s. War brings opportunities and wealth to some; Independence ushers in great hope for the future; and the nation's Partition brings along horrors, during which fortunes are made and lost, homes destroyed and abandoned, people slaughtered. The years roll on, a new generation arrives. In the locality of Raikot, Punjab, the three main characters--Bikram, Basanti, and Ajit--and the people around them, including two newly arrived nomadic tribes, the Bajigars, endure hardships and despair, and find moments of joy, as they face life's challenges. Poignant, tragic, and at the same time exhilarating, Paper Lions brings historical India to itself in the lives of its characters. Through their struggles India comes of age, as they do.

Sohan S Koonar has lived on four continents: Asia, Africa, Europe and North America. A physiotherapist by training, a founder of a multi-clinic company, and a renowned inventor with international patents, Sohan's hobby of story-telling has won him the Judges' Choice Award in the Toronto Star Short Story Contest, and the first Burlington Library Literary Excellence Award.