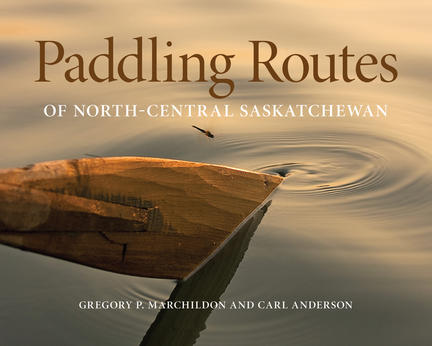 For thousands of years, Saskatchewan waterways have been used for transportation; first by aboriginal people, then by voyageurs, and now by those eager to explore some of the most pristine--and quiet--places on the planet. But until now, modern canoeists and kayakers have depended on government guides documenting paddle routes in northern Saskatchewan.

For the first time these guides have been enhanced in this easy-to-use book that better allow all paddlers--from the beginner to the advanced--to plan their trips through the rivers and lakes of North-Central Saskatchewan.

Highlighting potential starting and end points, wilderness campgrounds, and major sites along the way--including Aboriginal rock paintings and prominent landmarks--this guide also describes portage routes (with distances clearly indicated). This book includes over 20 documented canoe routes and has more than 50 illustrated maps, designed to be easy to use, both at home for planning and then on the water.

Gregory P. Marchildon is a Canada Research Chair in Public Policy and Economic History at the Johnson-Shoyama Graduate School of Public Policy, University of Regina. He was executive director of the Royal Commission on the Future of Health Care in Canada (the Romanow Commission). His most recent books include Health Systems in Transition: Canada (2013) and Nunavut: A Health System Profile (2013).

Other titles by Gregory P. Marchildon

Is Two-Tier Health Care the Future?

History of the Prairie West, Volume 6

A Practical Guide to the Historic Voyageur Highway

A History of Community Clinics in Saskatchewan

History of the Prairie West Series 4