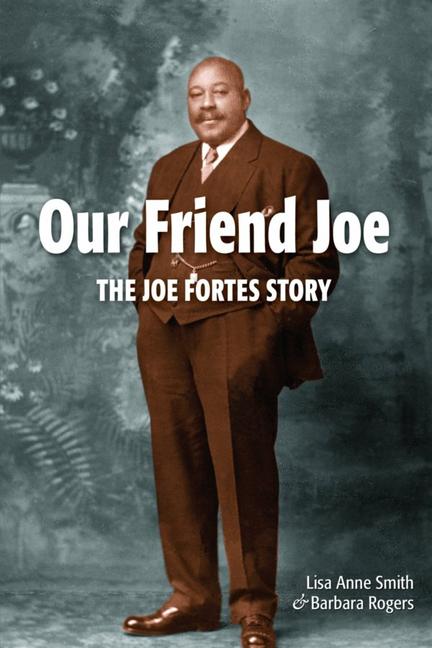 When a young black man named Seraphim “Joe” Fortes arrived in Vancouver in 1885, with little to his name, no one could have possibly suspected that one hundred years later he would be voted “Citizen of the Century.” Our Friend Joe is the first biography of the West Indian sailor who became a local legend, saving dozens of lives and teaching three generations of Vancouver children how to swim. On a chance rowboat ride not far from the city, he would find his “perfect place” in English Bay, where the untold story truly begins. In 1900, after years of volunteering, Joe was officially hired by the City as lifeguard, swimming instructor and special constable of English Bay beach. Colourful, often poignant details chronicle Joe's many adventures both on and off shore, his genuine rapport with citizens of all ages and his deeply personal relationship with one Vancouver family. On February 7, 1922, thousands of mourners lined Vancouver's streets to bid farewell to “our friend Joe.” His legacy continues today, with one of Vancouver's libraries named after him. Part of the proceeds from this biography are being donated to the Lifesaving Society/Société du Sauvetage, Canada's national organization for lifeguarding and water safety expertise.

Lisa Anne Smith was born in Burnaby, B.C. She travelled extensively while working towards a Business Certificate in Travel and Tourism at the British Columbia Institute of Technology and has written articles for various publications. In her spare time as stay-at-home mother, Lisa self-published a childrenâ??s book to benefit the St. Roch Preservation Campaign. Lisa has been an education docent at the Museum of Vancouver for the past seven years, and is a member of Native Daughters of B.C. Post #1 and a curator for the organizationâ??s Hastings Street Mill store (the oldest building in Vancouver). She lives with her husband, two children, and Sunny (the worldâ??s least intelligent but most loveable golden retriever) in Vancouver.

Barbara Rogers has spent many years doing family history research as a volunteer archivist for the B.C. Genealogical Society and has compiled four books for them. Presently at work on a biography of Simon Fraser, she has contributed articles on his life to numerous reference works. She lives in Vancouver.

“Our Friend Joe is a brisk read about a stalwart Vancouver character. … The Joe Fortes story is inspiring, illustrating how character and fortitude can shape a community.” —Tanja Hütter, Canada’s History

“What was it that made Fortes outstanding? Certainly he saved many lives along the beach […] and he was something of a genuine hero of the sort we usually call ‘unsung’…” —John Douglas Belshaw, BC Studies

“The Vancouver legend that is Joe Fortes is finally getting his due. Every page of this gem of a book resonates with stories long handed down by word of mouth, now on paper for newcomers as well as old-timers to enjoy. I left a smile or a tear on almost every page. Joe Fortes was Vancouver at its best.” —Jean Barman

“This is valuable history for a province that too easily forgets its roots. It is the charming story of a black lifeguard whose spirit captured the heart of a rough-hewn pioneer city.” —Douglas Todd

“[This] book is a quick, heart-warming read that develops a clear picture of Fortes as a public man and credits him with helping shape the city during its infancy and fostering its recreational fervour.” —The Vancouver Courier

Joe Fortes was voted “Citizen of the Century” by the people of Vancouver. This West Indian sailor was the stuff of which legends are made. He arrived in Vancouver in 1885 and soon he discovered English Bay. He never left. After years of volunteering there as a life guard, he was hired in 1900 as Vancouver’s first life guard, swimming instructor and special constable. He saved hundreds of people’s lives and taught thousands of children how to swim. When Joe died in 1922, he was given a civic funeral. Our Friend Joe details the life of this extraordinary man.

Smith self-published a children’s book on the St. Roch as a fundraiser to preserve the ship. She is an education docent at the Museum of Vancouver. Rogers has written four books for the BC Genealogical Society.

Other titles by Lisa Anne Smith

The Historic Times of a Vancouver Community

The Heroic Life of a Milltown Nurse