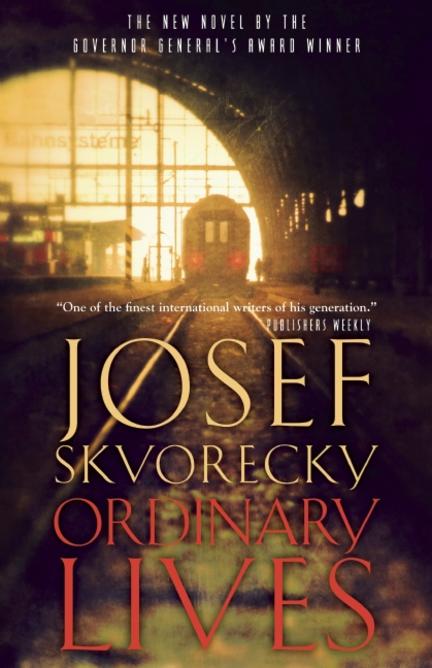 The acclaimed author of the Governor General's Award-winning The Engineer of Human Souls returns with his first new novel in nearly a decade.
Fifty years after the publication of The Cowards, Josef Skvorecky's seminal first novel, he returns to the fertile territory of his earlier fictions, his native Czech Republic, and to his old narrator and alter ego, Danny Smiricky. Ordinary Lives, masterfully translated by Skvorecky's long-time collaborator Paul Wilson, takes as its subject two class reunions--the first in 1963, twenty years after the class graduated, and the second, thirty years on, in 1993. The pulse of the novel, however, is the "torrent of ungovernable thoughts" that plague Danny. Over the course of these two reunions, as loyalties are tested and secrets are revealed, the reader is taken on a journey back through Skvorecky's well-loved oeuvre. As the puzzle pieces of Danny's history, and the history of his classmates, fall into place, so too does a subtle history of the major ideologies of the 20th century--from Nazism to Communism to capitalism. As in his very best work, Josef Skvorecky explores the defining moments of the modern era through the ordinary lives of his beloved characters.
Beautifully written, slim but decidedly powerful, Ordinary Lives is a brilliant novel, and an apt culmination of a literary master's extraordinary career.

JOSEF SKVORECKY is an award-winning author whose novels include The Cowards, The Bass Saxophone, The Swell Season and The Engineer of Human Souls. Among his numerous literary awards are the Neustadt International Prize for Literature (1980), the Governor General’s Award for Fiction (1984) and the Czech Republic State Prize for Literature (1999). He was nominated for the Nobel Prize in 1982, awarded the Order of the White Lion by the President of Czechoslovakia, Václav Havel, in 1990, and in 1992 was made a Member of the Order of Canada.

Other titles by Josef Skvorecky

Two Murders in My Double Life

The Mournful Demeanor of Lieutenant Boruvka

When Eve Was Naked

A Journey Through Life

The End of Lieutenant Boruvka