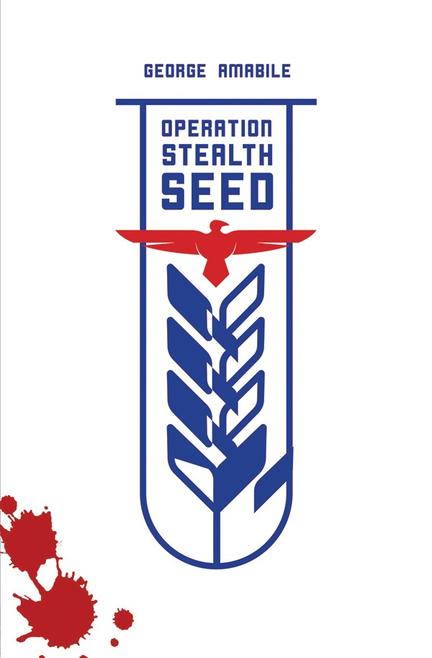 NYPD Detective Nicola Cortese, veteran of three tours in Iraq and Afghanistan, is leading a routine drug bust at a warehouse in the Bronx, but the SWAT team Commander pulls rank and starts a firefight that gets Cortese's partner killed.  The tragedy triggers combat flashbacks, sleepless nights with cold sweats, nightmares, and violent outbursts during which he assaults fellow officers.  He is demoted and transferred to a desk job in Operations.  For months, all his appeals are denied.  But when a new Precinct Commander returns him to active duty, he is elated -- until he's told Captain Chase expects him to act out again and get kicked off the Force. His first case, a B & E homicide, leads him to uncover an international conspiracy that is using a genetically engineered seed to take control of the world's wheat.  This draws him into deadly conflict with Corporate power backed by US Intelligence.  Haunted by issues from his military past, he must survive attacks by contract mercenaries, neutralize threats to loved ones, prove his innocence when framed for a Capital Crime and unravel the Stealth Seed Agenda.  He has an ally, a therapist who is also a Marine, but can they clear up his symptoms before it's too late?

He was Writer in Residence at University of British Columbia for 1969-70, co-founder and editor of The Far Point, founder and editor of Northern Light, has edited a dozen titles for Nuage Editions, Signature Editions, Penguin and has published eight books. The Presence of Fire (McClelland & Stewart, 1982), won the CAA National Prize for literature; his long poem, Durée, placed third in the CBC Literary Competition for 1991; 'Popular Crime' won first prize in the Sidney Booktown International Poetry Contest in February, 2000; 'Road to the Sky' received an honorable mention National Magazine Award for 2000, 'What We Take with Us, Going Away' was shortlisted for the CBC Literary Prize in 2003 and he is the subject of a special issue of Prairie Fire, (Vol. 21, No. 1, May 2000). From October 2000 to April 2001 he was Writer in Residence at the Winnipeg Public library.

'Dimuendo' was awarded third prize in the Petra Kenney International Poetry Competition for 2005 and 'A Raft of Lilies' won second place in the MAC national poetry contest, 'Friends' (2007). He has performed his poems on the CBC, at numerous venues in Canada and the USA, and at the Olympics in Montreal.

His most recent publications are Dancing, with Mirrors (Porcupine's Quill, 2011), Tasting the Dark: New and Selected Poems (The Muses Company, an imprint of Gordon J. Shillingford Publishing, 2001), and Rumours of Paradise / Rumours of War (McClelland and Stewart, 1995).

Other titles by George Amabile