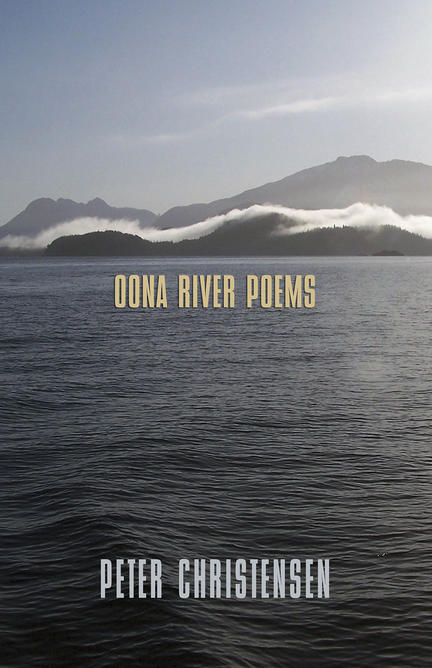 This collection of poems is bigger than the idea of a poet turned loose in the natural world because Christensen intends the work to also be an antidote to the plethora of information, propaganda, and opinion with which we are confronted every day. His poetry is a vehicle to tell stories, to juxtapose ideas and images that share insight into human and natural affairs. He acts as a guide to the inner self and as a chronicler of the collision of nature and human emotion and action.

Peter Christensen began his writing career at the University of Lethbridge in 1975 with a Bachelor of Arts and Science in Creative Writing. While there, he started up one of Alberta’s first literary magazines,Canada Goose with fellow writing student, Lorne Daniel. Christensen juggled his literary writing career with his passion for exploring wilderness mountain areas of Alberta, BC, Yukon and NWT. He worked at various times as a guide, ranch hand, and Park Ranger. As a result, his working, writing, and literary career is diverse; his relationship with the natural world became his muse and is reflected in this collection. He lived in Oona River in the years it took him to write this collection. Peter has published four books of poetry with Thistledown Press and one “best seller” of creative non-fiction stories with Heritage House Publishing. Several chapbooks were published by small presses in Canada and USA. His poems have been published in numerous anthologies, writing journals, and literary magazines in Canada, Denmark, and USA, and he has performed many readings throughout Canada and the US. Peter collaborated with New Music Composer Robert Rosen, writing three librettos for the outdoor operas Canyon Shadows that were performed across Canada. “Hailstorm”, the title poem from his first book with Thistledown Press was arranged for voice and orchestra by Robert Rosen, performed internationally, was most recently sung by Michelle Todd at Carnegie Hall in New York, 2017.

Other titles by Peter Christensen

Adventures in the Backcountry