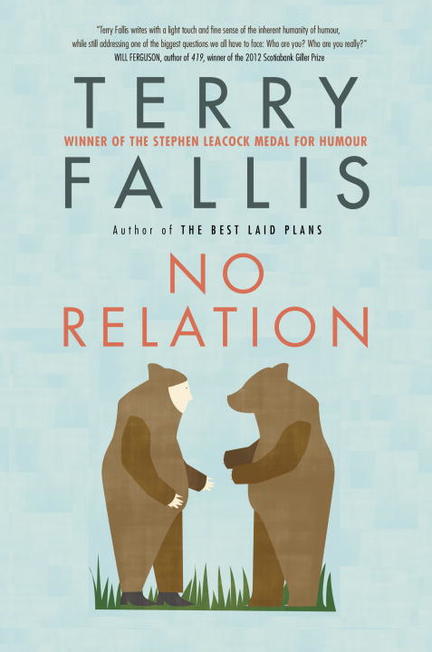 In his fourth novel, winner of the 2011 Canada Reads competition and "CanLit's crowned king of chuckles" (Telegraph-Journal) Terry Fallis's sharp, funny wit takes readers into the world of identity, inheritance, and belonging, begging the question: What's in a name?
This is the story of a young copywriter in New York City. He's worked at the same agency for fifteen years, and with a recent promotion under his belt, life is good. Then, one morning this copywriter finds himself unceremoniously fired from his job, and after he catches his live-in girlfriend moving out of their apartment a couple hours later, he's also single. Believe it or not, these aren't the biggest problems in this copywriter's life. There's something bigger, something that has been haunting him his whole life, something that he'll never be able to shake. Meet Earnest Hemmingway.
What's in a name? Well, if you share your moniker with the likes of some of the most revered, infamous, and sometimes dreaded names in history, plenty. This is Earnest's lifelong plight, but something more recent is on his plate: His father is pressuring him to come home and play an active role in running the family clothing business. And as a complex familial battle plays out, Earnest's inherited name leads him in unexpected directions. Wry, clever, and utterly engaging, No Relation is Terry Fallis at the top of his form.

A two-time winner of the Stephen Leacock Medal for Humour, Terry Fallis is the award-winning author of six national bestsellers, including his most recent, One Brother Shy, all published by McClelland & Stewart (M&S).

His debut novel, The Best Laid Plans, won the 2008 Stephen Leacock Medal for Humour and was crowned the 2011 winner of CBC Canada Reads as the “essential Canadian novel of the decade.“ In January 2014, CBC aired a six-part television miniseries based on The Best Laid Plans earning very positive reviews. In September 2015, it debuted as a stage musical in Vancouver, produced by Touchstone Theatre and Patrick Street Productions. The High Road was published in September 2010 and was a finalist for the 2011 Stephen Leacock Medal for Humour. Terry’s third novel, Up and Down, was released in September 2012. It debuted on the Globe and Mail bestsellers list, was a finalist for the 2013 Leacock Medal, and won the 2013 Ontario Library Association Evergreen Award. Terry’s fourth novel, No Relation, hit bookstores in May 2014, opened on the Globe and Mail bestsellers list, and won the 2015 Leacock Medal. M&S published Terry’s fifth novel, Poles Apart, in October 2015, opening on several bestsellers lists including the Globe and Mail’s. It was a finalist for the 2016 Leacock Medal. One Brother Shy was published in May 2017 and was an instant bestseller.

In June, 2013, the Canadian Booksellers Association presented Terry with the Libris Award for Author of the Year.

Terry is a sought-after speaker, sits on a number of boards, and lives in Toronto with his wife and two sons.

• "One of CanLit's crowned king of chuckles, Terry Fallis hits stratospheric heights with his latest well-balanced and unpredictable satire." -- Telegraph-Journal
• "Not too many Canucks have ventured to write humorous books. There is Stephen Leacock, of course. And Robertson Davies cranked out a couple . . . Count Terry Fallis among the few to achieve success at the form." -- Ottawa Citizen

Other titles by Terry Fallis

Booksellers across Canada tell Robert J. Wiersema about the books they're recommending to customers.