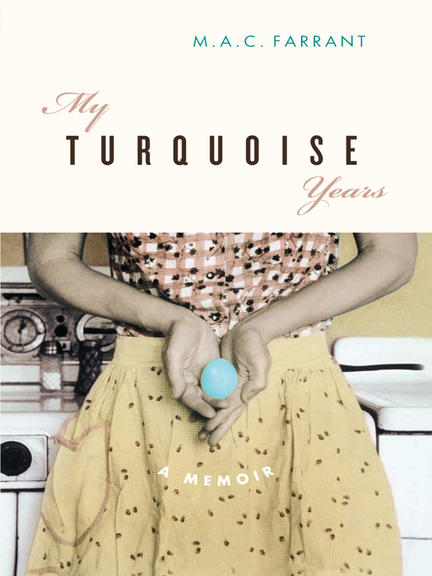 A touching and hilarious memoir of an absent mother and a vanished time. Throughout her childhood, Marion Farrant heard exotic stories of the sophisticated life her mother, Nancy, led aboard cruise ships and in Australia. Nancy's world of furs, jewels, cigarette holders, and handsome men seemed miles away from the west-coast hamlet of Cordova Bay, where Marion lived with her aunt and uncle. But things changed the year she entered her teens. Nancy threw everyone into a tizzy with the surprise announcement that she was coming for a visit.

In this memoir of her fourteenth summer, Marion Farrant captures a lost time and place with hilarity and affection. The setting is Vancouver Island, the year 1960. It is the heyday of the nuclear family; the time of The Three Stooges, the Red Menace, and Whipper Billy Watson; the apex of plastic, arborite, and everything turquoise: high heels, pedal pushers, refrigerators, cars, and even, at Easter, the fur of live rabbits. Witty, tender, and wry, My Turquoise Years is a book for anyone who remembers being a teenager.

The Secret Lives of Litterbugs

and Other (True) Stories