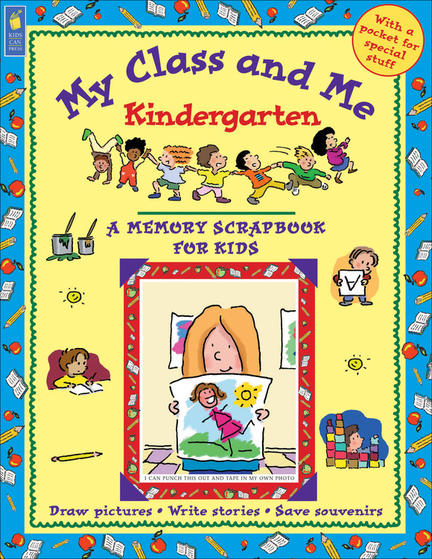 Memory Scrapbooks are a wonderful way for young children to record all of their school memories in one-of-a-kind keepsakes. Designed like the other titles in this popular series, this book has loads of space for kids to paste in photos, to write and to draw. It also features a pocket at the back to hold mementoes, and a die-cut space on the cover for a personal photo. Kids write about their first day of school, their classmates, games they've played and lots more.

Scot Ritchie is an award winning illustrator who lives in Vancouver British Columbia. He has illustrated over 40 children's books, (some of which he also wrote) including Let's Go! The Story of Getting from There to Here, Up, Up and Away and the Basics for Beginners series, Hockey, Baseball and Soccer.

Terry Fox and Me

Other titles by Scot Ritchie

See Where We Come From!

A First Book of Family Heritage

A First Book of Mindfulness

Lilliana and the Frogs

A First Book of Reducing Waste

There Was an Old Lady Who Swallowed a Moose