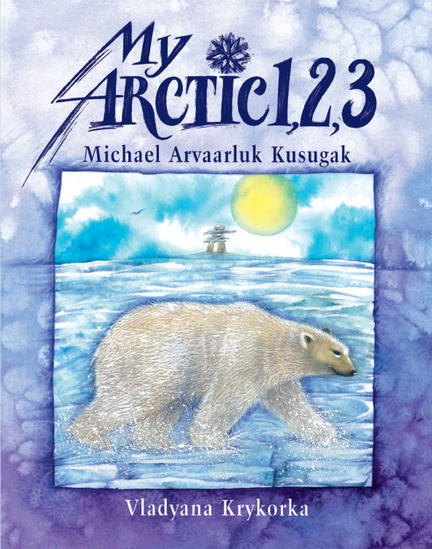 Whether you’re a returning guest or a first-time visitor, enter My Arctic 1, 2, 3 and explore Michael Kusugak’s world of animals and adventure in the Arctic Circle.

Each scene, rendered in Vladyana Krykorka’s breathtaking paintings, is awash in Arctic colors and includes the depicted number in English and Inuktitut. For those wanting more Inuit info, a special end section by Arctic-native Kusugak recounts his experiences living in the north along side the animals featured in the book.

With Arctic animals and number fun, it’s no surprise My Arctic 1, 2, 3 has become a book for families to share, cherish, and count on.