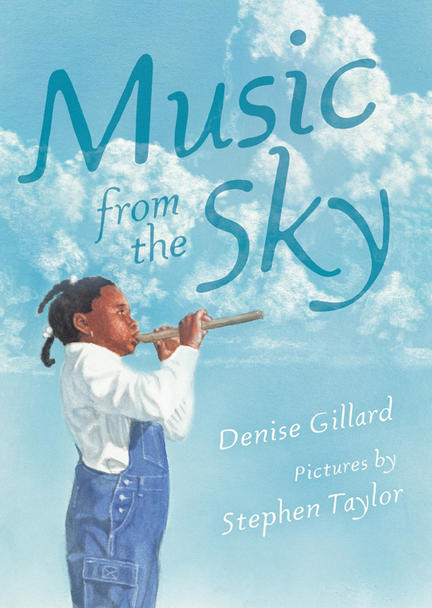 A young girl and her grandfather set out one morning to find the perfect branch for Grampa to carve. Grampa says he's going to make a flute, but the girl is doubtful. She has been to a concert in the city, and knows what a flute looks like. How can her grandfather make one out of a tree branch? But Grampa knows what he is doing and, after finding the right branch, they return home, where he whittles away until the branch is no longer a branch, but a wonderful flute.

Set in rural Nova Scotia in one of Canada's oldest black communities, Music from the Sky captures the special relationship between a girl and her grandfather.

CCSS.ELA-LITERACY.RL.K.6
With prompting and support, name the author and illustrator of a story and define the role of each in telling the story.

CCSS.ELA-LITERACY.RL.1.1
Ask and answer questions about key details in a text.

Denise Gillard is a Baptist minister. Music from the Sky, her first book, is based on her recollections of summers spent in Nova Scotia with her grandparents. Denise lives in Toronto with her husband and three children.

The pictures by Stephen Taylor are realistic, colourful and could almost tell the entire story without any of the words

Other titles by Denise Gillard

Some Ideas on Living in London and Tokyo

The True Story of One Family's Escape From War-Torn Europe