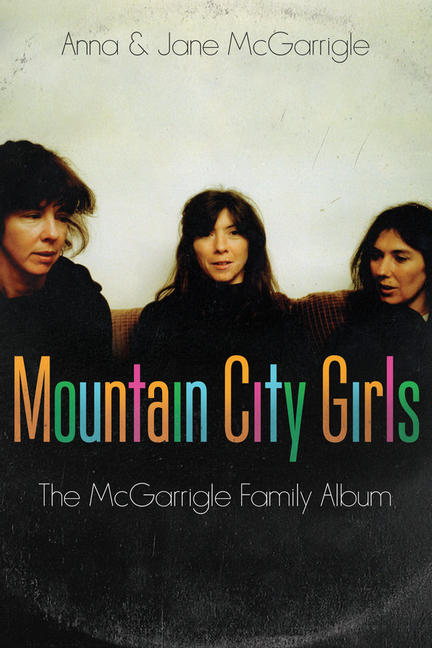 The first book and definitive family memoir from Anna and Jane McGarrigle, sisters to Kate McGarrigle and aunts of Rufus and Martha Wainwright. This book is truly a classic in the making.
The McGarrigles are known around the world for their touching, insightful songs about love, loss and family. But where and how does a family so rich in musical luminaries take root? In Mountain City Girls, Anna and Jane recount their childhood in Montreal and the Laurentian Mountains, and go further back to their ancestors' early days in Canada, and their parents' courtship and marriage. A vivid snapshot of coming-of-age in the 1950s, the book recounts the sisters' school days and rebellious teenage antics, and their beginnings as musicians. It takes us through the vibrant folk music circuit of the 1960s in Montreal and New York City, and the burgeoning social movements of San Francisco, and ultimately leads to the formation of the folk music duo Kate and Anna McGarrigle, revealing the genesis behind some of their beloved songs and following their early days recording and performing. The book also reads as a tribute to Kate, who passed away in 2010, with insights into her character and creative development. Inspiringly, it speaks to the important (sometimes lifesaving) role of sisters, and is a deeply moving testament to the profound importance of family.
Charming and witty, interspersed with lyrics and photos, this book captures the McGarrigles' lives, idiosyncratic upbringing, and literary and musical influences. No one can tell the story of the McGarrigles better than Anna and Jane, or in such an inimitable, intimate way.

ANNA McGARRIGLE was one half of the acclaimed, award-winning folk music duo Kate and Anna McGarrigle. She continues to write music and perform. She is also a visual artist and makes short videos.

JANE McGARRIGLE managed her younger sisters' music careers from the late 1970s to the mid-1990s. During this time she co-wrote several songs with the duo and performed with them in the studio and on tours of Canada, the United States, Europe and Australia.

“From the moment I met The Mountain City Girls, Kate, Anna and Jane, I wanted to be a part of that magical McGarrigle circle—the songs, the suppers, the families and fellow travellers, and they blessed me with it all. This book is a charming history, written with affection and wit by Anna and Jane, and now everyone can share in the story of their lives and lineage. It is a love story really, of a time, a place and a remarkable sisterhood that has given the world some of its most unique and stunningly beautiful music.” —Emmylou Harris

“Be it family history, beautiful snapshots from the early lives of three remarkable women or significant slices of Canadian history from the last two centuries, this book stacks up to at least be a triple threat. Add music and humour, well, now that’s positively formidable. Thanks for keeping the bar raised, ladies.” —Rufus Wainwright

“Not many public figures become part of our ‘family album.’ In Canada, the McGarrigle sisters have. We grew up alongside them, went to their concerts, bought their albums, and then got to listen to the amazing next generation. We heard the sisters talk on the radio about ‘harmony’—it made you feel you were living on a much more civilized planet. Their songs—in English and French—became part of our dialogue, our thought processes.” —Michael Ondaatje

“A detailed, intimate portrait of one of Canada’s great musical families. Vivid with stories of a changing country, a transforming Québec, all its real-life to-and-fro ringing with vibrant music.” —Sean Michaels, author of Us Conductors

“I can still hear the warbling voices of the McGarrigle sisters garnishing and haunting Emmylou Harris’s Wrecking Ball album. Ah! ... those sweet moments of excellence. And now the history of that talented family in the pages of Mountain City Girls. Their journey to a sweet sound.” —Daniel Lanois

“As witty, intelligent and intimate as any McGarrigle song, Mountain City Girls beckons the rest of us to come hear the domestic music-making of an extraordinary Quebec family. How lucky we are to be invited to this special McGarrigle show.” —Charles Foran, author of Mordecai: The Life & Times

“Reading this book is like having a conversation with the McGarrigles. It is quirky, intelligent, and full of mischief.” —Linda Ronstadt

“The stark beauty of Saint-Sauveur in the Catholic Quebec of another era comes to life as the young Kate, Anna and Jane McGarrigle sit nightly at the piano with their father, singing and playing instruments. I, an only child, loved the closeness of the creative sisters who were best friends in their ramshackle home. The sisters were perfect harmonizers because they seemed to share musical brains and could anticipate what note the other would play and sing. It was fascinating to read the biographical details of what was going on in their adult lives when they penned such classics as ‘Talk to Me of Mendocino’ and ‘Heart Like a Wheel.’” —Cathy Gildiner, author of Too Close to the Falls and After the Falls

It's that time of year again, folk festival season, when music lovers gather on hillsides to hear the strains of their favourite folk tunes, which are …