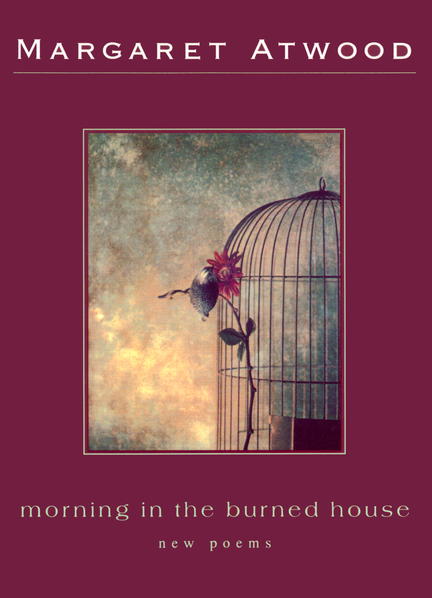 These beautifully crafted poems–by turns dark, playful, intensely moving, tender and intimate–come together as Atwood's most accomplished and versatile gathering of poems to date, “setting foot on the middle ground/between body and word.” Some draw on history, and on myth, both classical and popular. Other, more personal poems concern themselves with love, with the fragility of the natural world, and with death–especially in the elegiac series of meditations on the death of a parent–as they inhabit a contemporary landscape haunted by images of the past.

Generous, compassionate, disturbing, this is poetry that emanates from the heart of human experience and seeks balance between the luminous realm of memory and the realities of everyday, between darkness and light, the capacity to perpetrate and the strength to forgive.

Morning in the Burned House is infused with breathtaking insight, technical virtuosity, and a clarity of vision that has the force to change the way we look at our lives.

Excerpt: Morning in the Burned House (by (author) Margaret Atwood)

THE MOMENT
The moment when, after many years
of hard work and a long voyage
you stand in the centre of your room,
house, half-acre, square mile, island, country,
knowing at last how you got there,
and say, I own this,

is the same moment the trees unloose
their soft arms from around you,
the birds take back their language,
the cliffs fissure and collapse,
the air moves back from you like a wave
and you can’t breathe.
S
No, they whisper. You own nothing.
You were a visitor, time after time
climbing the hill, planting the flag, proclaiming.
We never belonged to you.
You never found us.
It was always the other way round.

“Margaret Atwood brings all the violence of mythology into the present world…She is the quiet Mata Hari, the mysterious, violent figure.…who pits herself against the ordered, too-clean world like an arsonist.”
–Michael Ondaatje,The Canadian Forum

“Margaret Atwood writes pieces that invent memory for the reader; the duration and the delicate resonance of her remains in the mind as natural things.”
–John Newlove