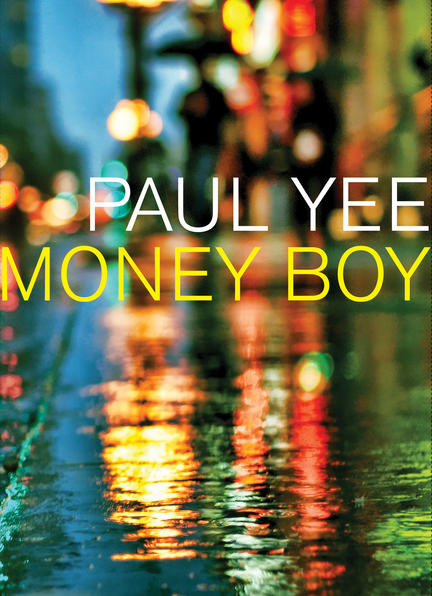 Ray Liu knows he should be happy. He lives in a big suburban house with all the latest electronic gadgets, and even finds plenty of time to indulge in his love of gaming. He needs the escape. It’s tough getting grades that will please his army veteran father, when speaking English is still a struggle. And he can’t quite connect with his peers at high school -- Chinese immigrants like himself but who seem to have adjusted to North American life more easily.

Then comes the fateful day when his father accesses Ray’s internet account, and discovers Ray has been cruising gay websites. Before Ray knows what has hit him, his belongings have been thrown on the front lawn, and he has been kicked out.

Angry,defiant, Ray heads to downtown Toronto. In short order he is robbed, beaten up and seduced, and he learns the hard realities of life on the street. Could he really sell himself for sex? Lots of people use their bodies to make money -- athletes, actors, models, pop singers. If no one gets hurt, why should anyone care?

Money Boy is a poignant tale about immigrant life and life as a homosexual teen.

...Money Boy is nothing less than astonishing.

Teens venturing into gritty new-adult writing will be both fascinated by his tumble from grace and relieved that there’s a safety net to break his fall.

Bulliten of the Children's Center for Books

Yee’s sophisticated juxtaposition of immigrant narratives with questions of sexual identity is compelling and poignant.

Yee’s latest offers insight into the city’s immigrant-Chinese and gay communities...sure to invite both thought and discussion.

Paul Yee's novel is a valuable intervention into the representation of gay and lesbian experience in the young adult genre.

Author Paul Yee’s two new books continue the wonderful work exhibited in his more than 20 previous books – illuminating the Chinese immigrant experience in North America. With The Secret Keepers, he offers a fast-paced historical adventure set in San Francisco in 1907. In Money Boy, he gives us an exciting, edgy novel in which the present-day hero experiences homelessness and explores gay life in Toronto.

The Secret Keepers is a treasure chest of excellent historical fiction. In the foreground, life-like characters wrestle with the same survival problems today’s readers might face; in the background, an uncompromised, perfect portrayal of the past. Yee’s training as an archivist gives him the tools to recreate San Francisco’s Chinatown at the time of the great earthquake. He lightly balances the information part of the setting against an energetic story.

After the death of his elder brother, 15-year-old Jack is responsible for the family business. He discovers that their nickelodeon theatre is haunted by a female ghost that some patrons and Jack, with his yin-yang ghost-spying eyes, can see. As he sets out to solve the mystery of the ghost, he uncovers unsavoury family secrets. At the same time, he is hiding from his mother the fact that he is working at his uncle’s opium den to make the money to pay for the nickelodeon’s reopening. The ghostly secrets of the past and the shadows of Jack’s life collide to make the book’s dramatic ending. With its Asian perspective on spectres, The Secret Keepers may add mysterious, new flavours to teen readers’ occult diet.

“The planet is in trouble and so am I,” notes Ray, the hero of Money Boy. Teenaged Ray is struggling as a newcomer to Canada and, furthermore, he suspects he is gay. When his militant father discovers his son has viewed gay websites, he throws Ray out of the house. Ray is now ‘free’ to explore the parts of Toronto where the lifestyle he has wondered about thrives. He quickly discovers nothing is free and loses his virginity after cruising Money Boy Street where male prostitutes, or money boys, shake their wares. But the journey is not yet over, and the surprising twists in the road lead “home.”

While Jack and Ray are strong heroes that come from different centuries, they are also teens operating with the same desire: to find the money to keep body, soul or family together. Yee’s heroes show human adaptability when push comes to shove, and their powerful stories are terrific teen reading.

Ray is a 16-year-old Chinese immigrant who is trying to fit in at his suburban high school. When his father learns his son is gay, he kicks him out. Angry and defiant, Ray heads to downtown Toronto to discover whether he can survive life on the street.