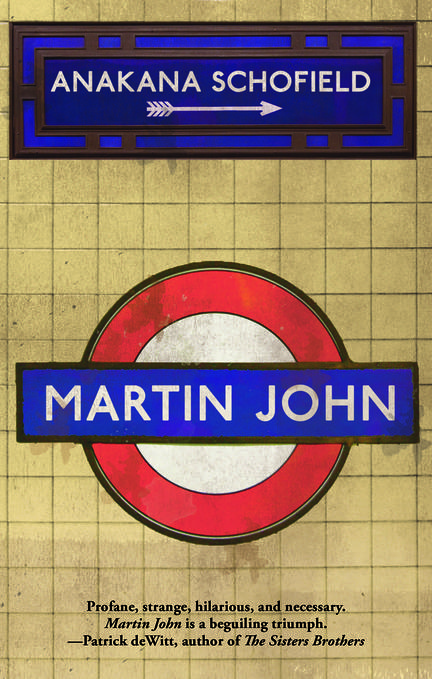 From Anakana Schofield, the brilliant author of the bestselling Malarky, comes a darkly comic novel circuiting through the mind, motivations and preoccupations of a character many women have experienced but few have understood quite so well. The result confirms Schofield as one of the bravest and most innovative authors at work in English today.

Anakana Schofield is an Irish-born writer, who won the Amazon.ca First Novel Award and the Debut-Litzer Prize for Fiction in 2013 for her debut novel Malarky. Born in England, she lived in London and in Dublin, Ireland until moving to Vancouver, British Columbia in 1999. Malarky was also a shortlisted nominee for the Ethel Wilson Fiction Prize. Schofield has also been a literary critic, essayist and broadcaster, contributing to the London Review of Books Blog, The Globe and Mail, CBC Radio, The Guardian, The Irish Times and The Vancouver Sun.

"This is a very moving and terrific book." - Daniel Handler (alias Lemony Snicket)

"The novel all your favourite novelists will be reading." - The Globe & Mail

"This is literature serving its most essential function: illuminating the darkest recesses; dragging the unspoken and suppressed to the foreground of our consciousness; throwing light across the blackest of humanity's vistas. This is writing at its most fearless: visceral and searing, yet textured and nuanced; the darkest of comedy and the deepest of insight, combined in a manner unique to Anakana Schofield." - Donal Ryan, author of The Thing About December and The Spinning Heart

"Possessed of a bitingly acerbic voice influenced by Beckett, Joyce, and O'Casey, Schofield offers a sardonic, funny, and stylistically innovative breath of fresh air to a literature that too often feels starved for oxygen." - The Quill & Quire

"A word of warning regarding this one of a kind tale of a woman's endeavours to accept the realities of her life on their own terms- mid-guffaw you may find that you've taken it all most intensely to heart. I read Malarky over a year ago and Our Woman is still with me, so the process is probably irreversible." - Helen Oyeyemi, author of Mr Fox

"Malarky is a terrific read, a brilliant collision of heartbreak and hilarity written in a voice that somehow seems both feral and perfectly controlled. Anakana Schofield's Our Woman takes a cool nod at Joyce, then goes her own way in one of the most moving and lyrical debut novels I've read." - Jess Walter, author of "Beautiful Ruins

"A caustic, funny, and moving fantasia of an Irish mammy going round the bend." - Emma Donoghue, author of Room

"Anakana Schofield is part of a new wave of wonderful Irish fiction - international in scope and electrically alive." - Colum McCann

"Good writing and dark wit always excite me and they come together thrillingly in this book. It has a quiet grip on the strangeness of the interior and exterior worlds of love and politics. I delighted in the writing and the scope." - Jenny Diski, author of What I Don't Know About Animals

"A refreshing rejection of the escapist fantasy that dominates much of our cultural life... I greatly enjoyed this novel, and I admire Schofield's ability to pull off something so difficult with charm and brio." - Marina Lewycka, Guardian

"Both blackly comic and deeply felt. There is something heroic about the desperate resilience of Our Woman, and the originality of her depiction by Schofield, that leaves an indelible trace on the reader's mind." - Sunday Telegraph

"'Our Woman' is either utterly mad or scarily sane, a uniquely distinctive voice in a funny and perceptive trip into the off-key oddness of rural life." - Irish Times, Best Books of 2013

"Brilliant... laced with dark wit and quirky lyricism, this is a striking portrait of a society in flux and a woman on the edge." - Mail on Sunday

Sheer brilliance! The ability to take the reader into the mind of sexual deviant...haunting, disturbing and real! Thank-you Anankana Schofield for that journey!

Other titles by Anakana Schofield

A Novel in Warnings

Surviving in the Hour of Darkness

The Health and Wellness of Women of Colour and Indigenous Women

Our Books of the Year

Unpacking "Quirky": A CanLit Round Table

Four of our favourite Canadian writers grapple with the questions of quirky: What does quirky really mean? What are its politics? Who gets to be quirky? …

Year-end lists don't get better than this one.