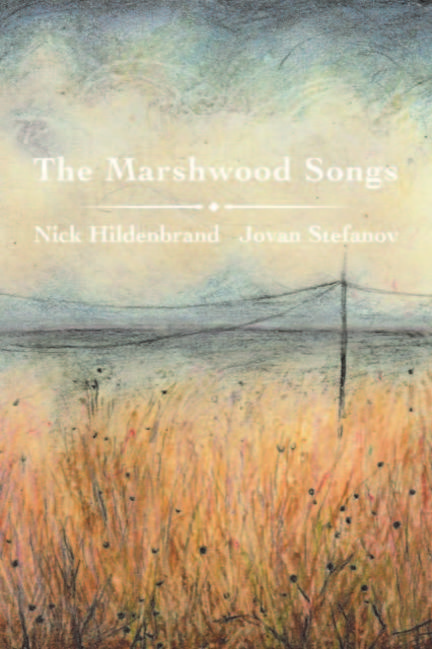 The Marshwood Songs looks to showcase a verse distinctive to the landscape of Windsor/Essex. Its goal is to arrange a constellation of images and rhythms in unison, premised through locality, and ranging in themes from environmental to anthropological to automotive.

The name, Marshwood Songs, denotes and celebrates the natural environment of Southwestern Ontario's original wetland landscape. As well, the name of the collection characterizes this landscape's inherent liminality?both in terms of borderland and topography. The poems contained within operate as a record of local duality, moving back and forth between rusticity and cityscape, expressing a conflated history and immediacy of Windsor/Essex environments.

The work in Marshwood Songs shows a meeting of landscape primarily between two young poets. Each poet effuses material according to the distinction of their intuitive perspectives and cultural histories in order to encapsulate a multivalent portrait of their local realities. Nick Hildenbrand incorporates observations influenced by his long—standing familial roots in LaSalle, and Jovan Stefanov, a Macedonian immigrant to Windsor, incorporates elements of his family's culture and its motifs into the collection. The poetry in Marshwood Songs is supplemented by several illustrations from local artists Emily Conlon & Hrista Stefanova. Conlon's work depicts the ephemeral subject matter of decay in Windsor/Essex's natural environment, whereas Stefanova is concerned with the symbolic cacophony of the Macedonian ethnos in Canada.

These poems are concerned with natural percussive universality and its implications, the revelation of matter as meaningful in a Maenadic world which may at first appear devoid of signs and symbols, and the eruption of a transient yet lifted beauty, sourced from the local and the mundane. The goal of this collection is to ascribe new language to the poets' homes that gives credence to the city and its surrounding geography as a living character. Through the Marshwood Songs, each writer hopes to transform Southwestern Ontario's variegated regional imagery into a universal tapestry.

Nick Hildenbrand is a poet and musician from LaSalle and a recent graduate from the University of Windsor with an M.A. in English Language and Literature. Regarding art, his interest is in the organic quality of individual, intuitive perceptions and expressions, and how they reveal immediate, personal, and encompassing realities.
Jovan Stefanov is a Macedonian—Canadian poet from Windsor, Ontario. He is currently an English Literature graduate student at the University of Windsor, and is pursuing a thesis on Elizabethan Occultism.