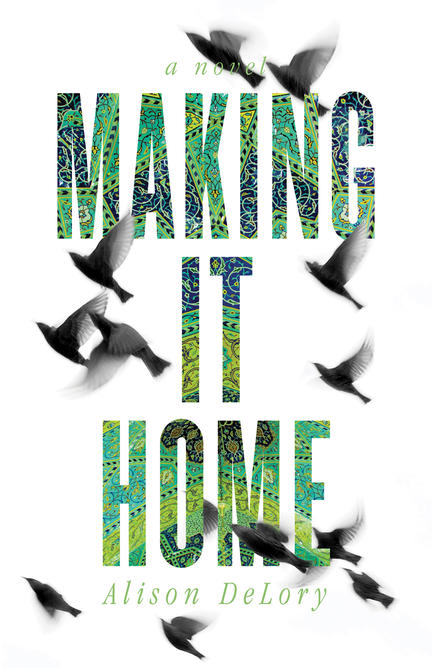 Tinker Gordon doesn’t want anything to change. He thinks that if he holds on tightly enough, his family, his tiny Cape Breton Island community, his very world will stay exactly the way it has always been. But explosions large and small—a world away, in the Middle East, in the land of opportunity in western Canada, and in his own home in Falkirk Cove—threaten to turn everything Tinker has ever known upside down.

Set variously in the heart of rural Cape Breton, on the war-torn streets of Aleppo and in a Turkish refugee camp, in the new wild west frontier of the Alberta oil patch, and in a tiny apartment in downtown Toronto, Tinker’s family, friends, and neighbours new and old must find a way to make it home.

In her adult fiction debut, Alison DeLory ponders a question as relevant in Atlantic Canada as anywhere in the world: where and how do we belong, and what does it take to make it home?

Alison DeLory is a writer, editor, and teacher living in Halifax. She has been writing stories for newspapers, magazines, and digital platforms for 20 years. She's also written two children's chapter books and contributed to several anthologies. Making it Home is her first novel.

Other titles by Alison DeLory

Some of My Parts

Fall book season is exciting with its televised ceremonies and fancy galas, but spring is just as interesting, with regional and specialized prizes highlighting …