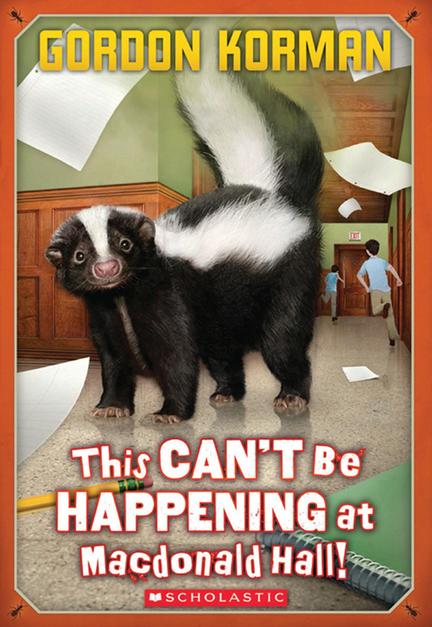 Macdonald Hall's ivy-covered buildings have housed and educated many fine young Canadians. But Bruno Walton and Boots O'Neal are far from being fine young Canadians. The roommates and best friends are nothing but trouble! Together they've snuck out after lights-out, swapped flags, kidnapped mascots . . . and that's only the beginning.

Bruno and Boots are always in trouble. So the headmaster, a.k.a. "The Fish," decides it would be best to separate them. Bruno must now room with ghoulish Elmer Drimsdale, plus his plants, goldfish and ants. And Boots is stuck with nerdy, preppy, paranoid George Wexford-Smyth III.Of course, this means war. Because Bruno and Boots are determined to get their old room back, no matter what it takes.

Join two of Gordon Korman's most memorable characters in seven side-splitting, rip-roaring adventures! Macdonald Hall is the series that started it all, and thirty-five years later it remains a must-read for old fans and new, the young - and the young at heart.

Praise for the Macdonald Hall series:

"Korman has a unique talent for creating genuinely funny, roll-on-the-floor, laugh-out-loud books. All of his many books are bestsellers, a testament to his popularity with kids." -Quill & Quire

"Korman's vibrant dialogue and breakneck action are the highlights of this merry romp . . . Laughs are as plentiful as [Bruno and Boots's] misadventures." -Publishers Weekly