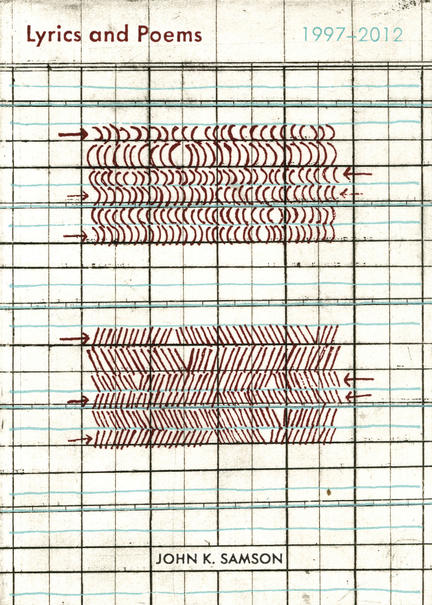 Often cited as one of the finest contemporary lyricists, singer, songwriter and poet John K. Samson captures the essential images of contemporary life. Whether on the streets of his beloved and bewildering hometown of Winnipeg, an outpost in Antarctica, or a room in an Edward Hopper painting, he finds whimsy and elegance in the everyday, beauty and sorrow in the overlooked.

This collection gathers together Samson's writing, starting with his band The Weakerthans' 1997 debut album Fallow, through Left and Leaving, Reconstruction Site, and the award-winning Reunion Tour. It also features lyrics from Samson's newly released solo album, Provincial, and selected poems.

John K. Samson is the singer and songwriter for the venerated indie rock outfit The Weakerthans, and his poetry and prose has appeared in Matrix Magazine, Geist, The Believer, and Post Prairie--An Anthology of New Poetry. He lives in Winnipeg, where he's also the managing editor and co-founder of ARP.

John K. Samson is fluent in the inexpressible. Find him on the page or find him in the ether -- just find him. -- Alissa York

John Samson's lyrics move me with their detail and empathy. He has an ability to explain feelings we've all had but couldn't verbalize. His songs are beautiful, brutal, honest and comforting, all at the same time. -- Craig Finn

John Samson's smart, soulful music has saved my life so many times. He's the prairie poet voice of my generation and also of my kids. -- Miriam Toews

Through this book, I found songs I love to hear given deeper meaning. I discovered new favourites from simply unearthing the strength of the written word. With the release of this collection, John K. Samson has solidified his place as one of the finest Canadian contemporary poets and lyricists. -- Dan Darling, Nexus