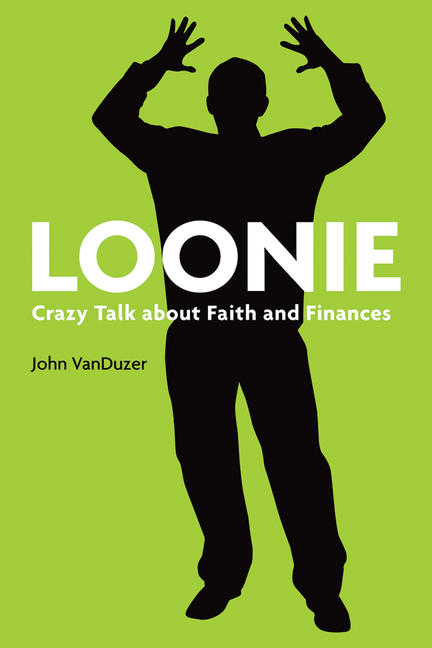 The relentless pull to buy more stuff, our love/hate relationship with money, and the disconnect between how we spend our time and money and what makes life meaningful—LOONIE covers these topics and more using humour and a chatty style

John is no money manager and neither is he a minister, but that didn’t stop him from delivering a remarkably popular seven-week sermon series on faith and finances—a series that grew faster than the national debt into this book. Founder and creative director of WISHART.NET, one of Canada’s brightest boutique ad agencies, John specializes in developing highly unified and impactful fundraising campaigns for charities. With well over 200 awards to his credit, John has helped Canadian charities raise more than $1 BILLION. Before that, he was an account executive at three of Canada’s top ad agencies working on their premiere accounts: Black & Decker, Ford, Pepsi, Procter & Gamble, and Wrigley. John is married to his Queen’s University sweetheart, Judy. They spend weekends watching movies with their four incredible children: Ian, Evan, Anna, and Sarah. Adored by his dog, John has strained relations with his cats, one of whom never hesitates to hiss at him when he walks by.