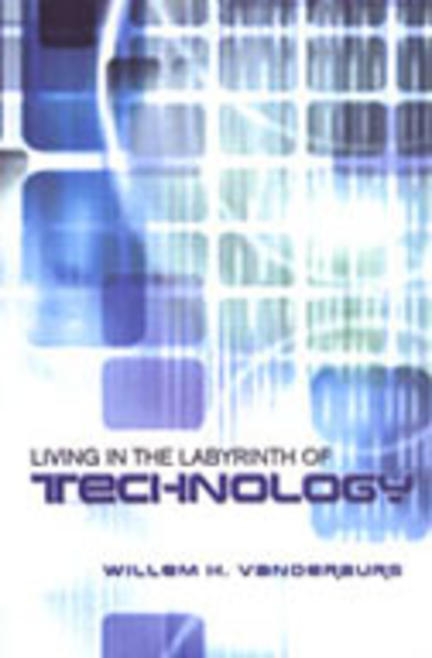 From the very beginnings of their existence, human beings have distinguished themselves from other animals by not taking immediate experience for granted. Everything was symbolized according to its meaning and value: a fallen branch from a tree became a lever; a tree trunk floating in the river became a canoe. Homo logos created communities based on cultures: humanity's first megaproject.

Further symbolization of the human community and its relation to nature led to the possibility of creating societies and civilizations. Everything changed as these interposed themselves between the group and nature. Homo societas created ways of life able to give meaning, direction, and purpose to many groups by means of very different cultures: humanity's second megaproject.

What Das Kapital did for the nineteenth century and La technique did for the twentieth, Willem H. Vanderburg's Living in the Labyrinth of Technology seeks to create for the twenty-first century: an attempt at understanding the world in a manner not shackled to overspecialized scientific knowing and technical doing. Western civilization may well be creating humanity's third megaproject, based not on symbolization for making sense of and living in the world, but on highly specialized desymbolized knowing stripped of all peripheral understanding.

Vanderburg focuses on two interdependent forces in his narrative, namely, people changing technology and technology changing people. The latter aspect, although rarely considered, turns out to be the more critical one for understanding the spectacular successes and failures of contemporary ways of life. As technology continues to change the social and physical world, the experiences of this world 'grow' people's minds and society's cultures, thereby re-creating human life in the image of technology. Living in the Labyrinth of Technology argues that the twenty-first century will be dominated by this pattern unless society intervenes on human (as opposed to technical) terms.

Other titles by Willem H. Vanderburg

Christianity's Subversion by Technology and Politics

Our Battle for the Human Spirit

The Growth of Minds and Culture

A Unified Interpretation of the Structure of Human Experience, Second Edition

On Being Rich and Poor

Christianity in a Time of Economic Globalization

Our War on Ourselves

On Freedom, Love, and Power

Christianity in a Time of Economic Globalization