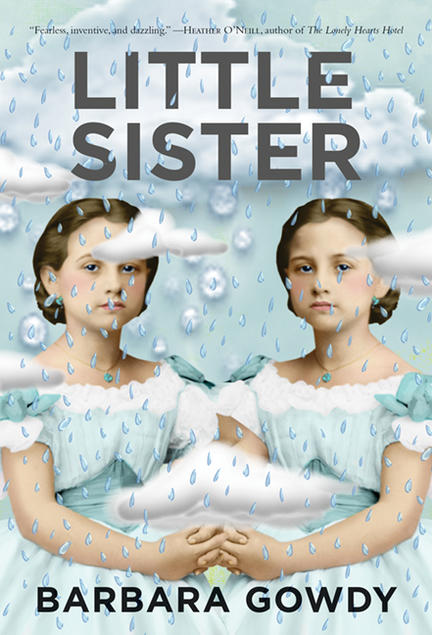 The farthest place you can go is closer than you can imagine.

Rose is a sensible woman, thirty-four years old. Together with her widowed mother, Fiona, she runs a small repertory cinema in a big city. Fiona is in the early stages of dementia and is beginning to make painful references to Rose’s sister, Ava, who died young in an accident.

It is high summer, and a band of storms, unusual for their frequency and heavy downpour, is rolling across the city. Something unusual is also happening to Rose. As the storms break overhead, she loses consciousness and has vivid, realistic dreams—not only about being someplace else, but also of living someone else’s life.

Is Rose merely dreaming? Or is she, in fact, inside the body of another woman? Disturbed and entranced, she tries to find out what is happening to her.

Like The White Bone, Gowdy’s international bestseller, Little Sister is a fictional tour de force. As the author explores the limits of the human mind, the result is an impassioned tale of one woman’s determination to help a woman she has never met, and to come to terms with a death for which she has always felt responsible.

Barbara Gowdy is an award-winning author whose five previous books, The Romantic, The White Bone, Mister Sandman, We So Seldom Look On Love and Falling Angels, have appeared on bestseller lists throughout the world. The recipient of the Marian Engel Award in 1996, she has been a finalist for the Commonwealth Writers’ Prize and a repeat finalist for the Giller Prize, the Governor General’s Award, the Trillium Award and the Rogers Writers’ Trust Fiction Prize. She lives in Toronto.

“ELECTRIFYING ... Gowdy sucks readers into this suspenseful, supernatural story like a strong wind in a squall.”

“Gowdy’s new novel weaves an inventive, spellbinding tale of loss, regret, and redemption that takes a heartfelt look at what it means to be a mother, daughter, and sister… A thrilling, captivating exploration of guilt, the female psyche, and the bonds of womanhood.”

“Internationally acclaimed author Barbara Gowdy’s newest novel, Little Sister, is a remarkable look at the intricacies of emotional lives and the spectre of the past.”

“At once suspenseful and lyrical, Little Sister transports its characters (and its readers) into different bodies and different eras. Brilliantly, devastatingly, Barbara Gowdy unveils the alternate possibilities hidden within the everyday.”

“I read it fast. Too fast, probably, but I couldn’t help myself…the mystery is irresistible. I love reading Barbara Gowdy because she’s not afraid to get weird, to put her reader in troubling, inexplicable states of consciousness...Such a satisfying read!”

Sarah Selecky, Scotiabank-Giller short-listed author of This Cake Is For the Party

“Barbara Gowdy is, once again, weird but wonderful. Her new novel, Little Sister, is a mesmerizing trip… we are utterly fascinated.”

“[Gowdy] maintains her judicious mixture of warmth and weirdness.”

“[Little Sister] is fun and funny and can frequently startle you, breaking your heart with the lovingly observed minutia of everyday experience… Little Sister is all depth and grace and yet never more than a sentence away from a playful nudge in the ribs.”

“Barbara Gowdy’s portrayal of oddball family ‘shimmers on the page’… As always, Gowdy tells a great story in a commanding voice. In addition, this time around she introduces a new device that allows her to explore rich and rewarding territory.”

“The last book I read that I couldn’t put down was an advance reading copy of Barbara Gowdy’s Little Sister. It’s just a stunning page-turner, everything obsessive Gowdy fans such as me have been waiting for.”

“Little Sister… marks the return, after the longest break of her career, of one of the most inventive and important writers Canada has ever produced.”

Mark Medley for The Globe and Mail

“Little Sister is weird and wonderful. Like all of Gowdy’s work, it will subtly change how you look at the everyday.”

“Little Sister is an existential puzzle about the female psyche...Gowdy is renowned for her ability to shine light on the hidden, unsavory and electric recesses of the mind. In Little Sister, her storytelling is fearless, inventive and dazzling.”

“One of Canada’s most innovative writers… she offers us something startling and original… A suspenseful, cinematic romp through a series of external and internal storms, a sometimes sexy comedy, a graceful story of a woman trying to make sense of her life choices. Well worth the wait.”

“The release of any book by Barbara Gowdy qualifies as a literary event... Little Sister takes the inventiveness of its predecessors and ups the ante”

“Gowdy’s dazzling new novel was a hard-won creation… ranks among her very best.“

“Barbara Gowdy writes neo-Gothic psychodrama like no other Canadian.”

Other titles by Barbara Gowdy

Flesh Of My Flesh

We So Seldom Look On Love

Laurie Petrou: For Your Brother, Your Sister, or Your Sister from Another Mister

A recommended reading list by the author of the summer reading hit Sister of Mine.

Author of The Prisoner and the Chaplain on her favourite titles to sell at Hunter Street Books.