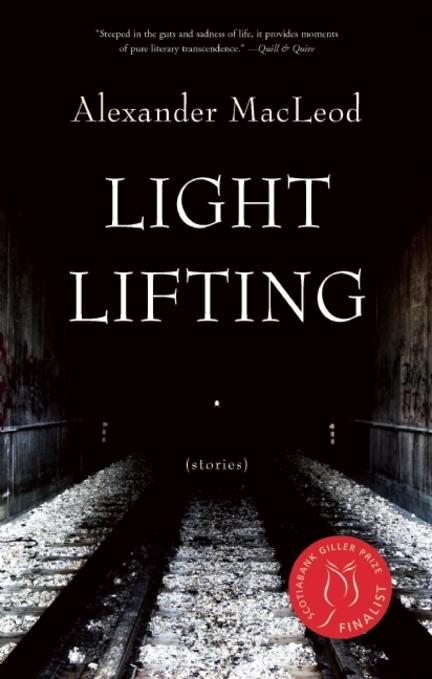 This was the day after Mike Tyson bit off Evander Holyfield’s ear. You remember that. It was a moment in history – not like Kennedy or the planes flying into the World Trade Centre – not up at that level. This was something much lower, more like Ben Johnson, back when his eyes were that think, yellow colour and he tested positive in Seoul after breaking the world-record in the hundred. You might not know exactly where you were standing or exactly what you were doing when you first heard about Tyson or about Ben, but when the news came down, I bet it stuck with you. When Tyson bit off Holyfield’s ear, that cut right through the everyday clutter. –from ‘Miracle Mile’

Two long-distance runners race a cargo train through a rat-infested tunnel underneath the Detroit River. A pre-adolescent drug store bicycle courier crosses a forbidden threshold in an attempt to save a life, only to risk his own. A young swimmer conquers her fear of water only to discover she’s caught in far more dangerous currents.

In Light Lifting, Alexander MacLeod’s long-awaited first collection of short stories, the author offers us a suite of darkly urban and unflinching elegies for a city and community on the brink. Anger and violence simmer just beneath the surface and often boil over, resulting in both tragedy and tragedy barely averted. But as bleak as these stories sometimes are, there is also hope, beauty and understanding.

Alexander McLeod's stories are as disturbing, compelling and true as any currently being written in this or any country.

Alexander MacLeod was born in Inverness, Cape Breton and raised in Windsor, Ontario. His award-winning stories have appeared in many of the leading Canadian and American journals and have been selected for The Journey Prize Anthology. He holds degrees from the University of Windsor, the University of Notre Dame, and McGill. He currently lives in Dartmouth, Nova Scotia and teaches at Saint Mary’s University in Halifax.

"This writer swims entirely in his own waters" (The Globe & Mail).

"Light Lifting is one of those rare debuts: a breathtakingly good collection of short fiction that heralds the arrival of a significant new talent" (Quill & Quire).

Other titles by Alexander MacLeod

You will never look at any of these titles in quite the same way again.