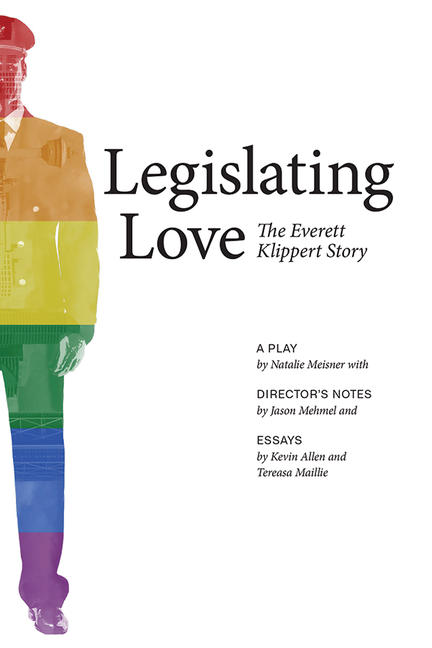 Aspiring historian Maxine is researching Canadian social policy when she discovers the story of Everett Klippert - the last Canadian man jailed simply for being gay. Maxine becomes fascinated with Everett’s case and with discovering the man beyond the headlines, a beloved Calgary bus driver on the downtown route who took care to brighten the day of his passengers, who played on the family baseball team and was everyone’s favorite uncle, and who, when he was confronted by police about his sexuality, refused to lie.

Inspired and captivated, Maxine interviews people who knew Everett Klippert. She connects with a senior at a local assisted living facility she knows only as Handsome, one of Klippert’s lovers and perhaps the only person who can truly illuminate the past. At the same time, Maxine is navigating her own new relationship with Métis comedian Tonya.

This absorbing, heartwarming play weaves together past and present in a multi-generational exploration of queer love. It tells the near-forgotten story of one of Canada’s quiet heroes and reminds us all that the past must be remembered as we work together for a better future.

CHRIS CHELIOS spent twenty-six seasons in the NHL as a member of the Montreal Canadiens, Chicago Blackhawks, Detroit Red Wings and Atlanta Thrashers. He was inducted into the Hockey Hall of Fame in 2013. He currently serves as advisor to hockey operations with the Red Wings. He and his wife, Tracee, have four children.

KEVIN ALLEN covers hockey for USA Today and has written numerous books about the game, including Star-Spangled Hockey, Without Fear (with Bob Duff), J.R. (with Jeremy Roenick) and My Last Fight (with Darren McCarty). He was president of the Professional Hockey Writers Association from 2002 to 2014 and remains on its executive committee. In 2013, he received the Lester Patrick Trophy for contributions to U.S. hockey. In 2014, he was honoured by the Hockey Hall of Fame during a ceremony in Toronto.

A poignant reminder of a generation of gay men and women whose history has always run the risk of being forgotten . . . a thoughtful, moving, new brand of alternative Canadian historical drama. - Stephen Hunt, Globe and Mail (on original theatrical run)

Other titles by Natalie Meisner

My Mommy, My Mama, My Brother, and Me

These Are the Things We Found By the Sea

Growing Up Salty and Other Plays

Other titles by Kevin Allen

The Fast, Crazy Life of Hockey's Most Outspoken and Most Colourful Personality

The Greatest Goalies of All Time