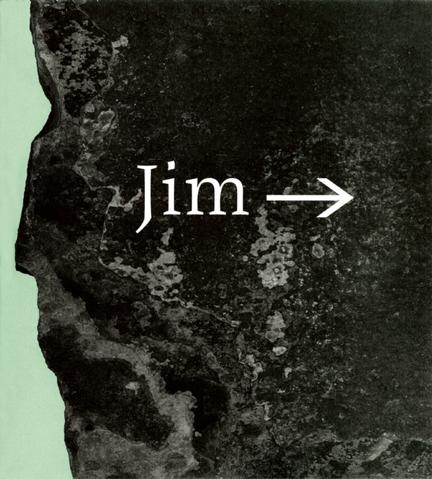 While lunching one day in Paris, long-time friends and collaborators John Armstrong and Paul Collins drew up a list of 49 random words that would become the subjects of a series of photographs. The first of these was 'Jim ->', a reference to the graffiti scratched into the gravestones of Paris's Pere-Lachaise cemetery that point the way to Jim Morrison's tomb. Armstrong shot in their native Canada, and Collins in France, where he has been living these past 20 years. When the 98 images are paired - which photographer took each one is never identified - they explore the blurred edges of North American and European culture, of the familiar and the exotic, of shared and individual experiences. Canada or France? Paris or Toronto? This task if variously easy, difficult or impossible.

The pairs of photos are augmented by a series of textual responses - some in English, some in French - to the 49 words. The passages act more as complements to the photos than as captions, providing an anecdotal context for the photographers and their project.

John Armstrong is the author of the laugh–out–loud funny Guilty of Everything, an account of his time in early Vancouver punk band The Modernettes. It was a finalist for the Roderick Haig–Brown Prize for the best BC non–fiction book of 2002, and is being made into a feature film starring Jay Baruchel.

Armstrong lives in Chilliwack, BC, and is working on his third book, an account of his life with dogs.

Paul Collins, originally from Toronto, has lived and worked in Paris since 1982. He has shown in Toronto at A Space, YYZ and Mercer Union. He recently released an album of electronic music with the French composer J.J. Palix. He worked as a camera operator and image-maker at the Coach House between 1977 and 1981.

Jim&rarr;, the exhibition accompanying the Coach House book co-authored with John Armstrong, has travelled widely in Canada and Europe, most recently to the Montreal Photography Biennial in 2005.

Other titles by John Armstrong

A Series of Dogs

Other titles by Paul Collins