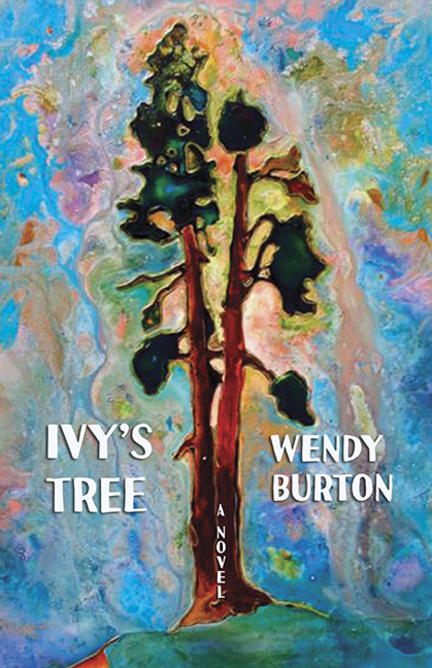 Ivy’s Tree is the story of a 78 year old woman learning to navigate one of the largest cities in the world: Tokyo. With a distinct sense of place – Tokyo in the fraught economic times of 2007-08 – Ivy’s Tree is also the description of an old woman coming to terms with her relationship to her family. Summoned by her only daughter to Tokyo, Ivy is newly widowed and adjusting uneasily to life without her husband. Tokyo is a daunting city for a woman travelling alone, but more daunting is the difficult relationship between mother and daughter. Ivy has no connection with her son-in-law, a traditional Japanese salary man, and her grandsons, who do not know her.

The novel is written from Ivy’s point of view. Armed with an old guide book, and keeping her travels secret from her new family, Ivy learns to negotiate an unfamiliar culture and a complex transportation system. Ivy’s inner commentaries, some provided by her dead husband Jack, are at times poignant and at other times wryly amusing. When her travels are discovered, Ivy is essentially put under house arrest, and further estranged from her daughter.

Wendy Burton studied English literature and feminist epistemology and taught work-place writing and adult education. She writes short stories, novels, and academic and creative non-fiction. She has had prose-poetry and academic non-fiction published over the past 20 years, most notably “Swimming Winter’s Lake” in Down in the Valley, editor Trevor Carolan and “Histories of Aboriginal Adult Education” in Contexts of Adult Education: Canadian perspectives, edited by Fenwick, Nesbitt, & Spencer. Ivy’s Tree is her debut novel.

Ivy tried to sound not tired. “I’m not tired. I was out on the porch, and.”

“I hope you remembered to lock the front door when you did that. Remember that time you.”

“I know. Yes, dear, I did lock the front door. It’s locked all the time when I’m home. And how are you? And the boys, ah,” Ivy pauses, realizing she has yet again mixed up the names of Cynthia’s sons. Fortunately, Cynthia interrupts her.

“Well, how was the doctor? Did you get something for sleeping?”

“Did you ask about your knee? I still think it’s time to consider a replacement. Lots of people have a knee replacement in their mid-seventies and then do very well into their eighties. Are you still able to walk well enough?”

While Ivy listens to her daughter, she extends her right leg and looks at her knee. Covered in bright pink cotton, her knee looks fine. She touches the knee cap and then looks at the photograph of Jack she has set on the kitchen window ledge. She had been dozing in the sun on the porch. She was tired these days; maybe Cynthia was right. About what, Ivy does not know.

“Mother, Mikio and I have been talking, and we wondered, if you would come to stay with us.”

“Well, of course in Tokyo. That’s where we live. Mother, are you sure you’re alright?”

“Yes, of course. Tokyo. Are you inviting me for a visit for?” Ivy pauses and tries to think when the most likely holiday is. Remembrance Day? Seems unlikely. Ivy smiles at her extended right leg. Do Japanese people celebrate American Thanksgiving? Seems even more unlikely.

Ivy was thinking Japanese holidays when she tuned into Cynthia again.

“Mother, what do you think? You could sell the house and come to stay with us. Mikio and I think you would find Tokyo interesting, and the boys would be happy to see you. They could practise their English with you.” Cynthia laughed, the breathy laugh she began to use when she was a teenager. Ivy has retrieved “sell the house” from the words churning down the lines toward her.

“Mother? Mom? I contacted Bill, and he has a realtor all set to help you. Bill said the house would sell quickly, you always kept it so beautifully, and the land itself would be worth a fortune. Probably the house is a tear-down, but you never know. Anyway, he will be in touch. What do you think?”

Ivy slowly lowers her foot to the floor, acknowledging it hurt more going down then it did going up and staying there. She rubs the knee carefully, as if consoling it. Sell her house? Sell?

Visit Cynthia and Mikio and the boys in Tokyo? What would that be like? Ivy stands at the kitchen sink and looks out the window into her garden. Cynthia is right about the garden; Ivy keeps it well. The bird feeders were catching the light of the evening sun, and the finches were about. The gray squirrel sat in the neighbour’s tree, chattering his indignation because Ivy had finally purchased a squirrel-proof feeder that was, indeed, squirrel proof. Perhaps, though, the squirrel was yelling at Ivy’s cat, sitting as he often did directly under the bird feeder, hoping, apparently, a bird would just fall into his mouth. Ivy knew that cats were supposed to be responsible for millions of song bird deaths every minute, but her cat had, as far as Ivy knew, not once contributed to this declining population, not for want of many hours of patient vigilance.

Would Bill, or this friend of Bill – for a moment Ivy could not remember who Bill was anyway – be able to organize a sale of this house with this lovely garden and make a covenant so that the squirrel, the birds, and the cat could all remain, just as they were, on this sunny late winter evening in North Vancouver? Covenants. What an odd word to use for protecting that which we have to leave but still want to keep.