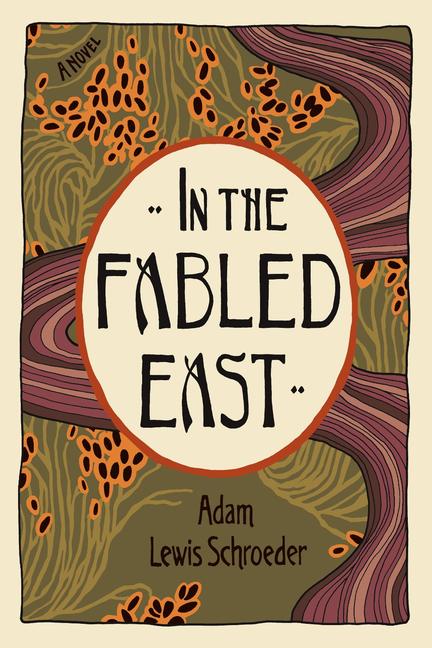 In the Fabled East, from one of Canada's best young voices, comes a sweeping literary adventure set against the backdrop of French Indochina Paris, 1909: Adélie Tremier, a young widow suffering the final stages of tuberculosis, flees for French-occupied Indochina, through the lush forests of Laos, to seek out a fabled spring of immortality that might allow her to return to her nine-year-old son. Laos, 1936: Pierre Lazarie, a young academic turned Saigon bureaucrat, is sent by Adélie's son, now an Army captain, to find his longlost mother. Although his assigned quest fulfills Pierre's fantasy to travel up the exotic Mekong, he is saddled with his colleague Henri LeDallic, an Indochina old-timer who would rather glory in his loutish past than hunt for ghosts in the jungle. Yet what this mismatched pair discovers forms the mysterious heart of Adam Lewis Schroeder's brilliant and compelling new novel. Bridging history from 1890s Aix-en-Provence to American involvement in 1950s Vietnam, In the Fabled East is a rich and sensual depiction of Southeast Asia, charting the loss of innocence of both individuals and the world at large. Echoing Graham Greene and Joseph Conrad, this is historical fiction written with wisdom and panache.

Adam Lewis Schroeder is the author of three previous books: Kingdom of Monkeys (Raincoast Books, 2001), Empress of Asia (Raincoast Books, 2006) and In the Fabled East (Douglas & McIntyre, 2011), which was a finalist for the 2011 Commonwealth Writersí Prize for Best Book, Canada/Caribbean region, and chosen as one of Amazon.caís best books of the year. Schroeder currently lives in Penticton, BC, with his wife and two children. You can read more about him at adamlewisschroeder.com.

"Schroeder's dexterity, using multiple narrators, turns [In the Fabled East] into a risky literary enterprise well worth the journey...With this young writer, in addition to characters you want to hang out-with (or eavesdrop on), you'll get an engrossing, frequently surprising plot to keep you second-guessing. You'll also get a new appreciation for how good the English language really is in the hands of a literary acrobat. Perhaps most importantly, you'll get so immersed in the world he creates that it might take some time to emerge from it."

"Fable, history and the lure of the story: all take their turn in this funny, profound and stunningly intelligent book. In the Fabled East is a madcap adventure, a sly, gregarious novel that tempts us, passionately, into the invisible realms."

"A novel of profound intelligence and wit, deftly weaving history and myth, male and female, East and West, agony and splendour. In the Fabled East is a stunning book."

"In the Fabled East blends compelling realism with a naturalistic approach to myth and magic realism...Schroeder creates a novel that, while rich in echoes of works like Heart of Darkness and Lost Horizon, is breathtakingly original and shockingly powerful...Simply put, In the Fabled East, is a winner, drawing on disparate elements to create a singular, stunning whole."

"How welcome is an enjoyable novel that seems so unapologetically on the wrong side of today's literary and cultural politics! "

"The 'fabled' in the title is a meaningful indicator...the characters fashioned out of varying cultural interpretations of the East in their time periods. The contrast of real and imagined, mythic and stereotypic, is pervasive...But as historical fiction, the novel isn't really a critique of that era as much as it is of that era...I rooted for the characters to achieve...a happy ending amidst Schroeder's imaginative largesse."

"In the Fabled East is a sublime and often hilarious travel adventure."

"Schroeder deliciously conjures the mad, hot, stinking confusion that is Indochine, the jumble of native and colonial customs, the bullock carts, betel juice, rickshaws and rice pounders alongside white linen suits, afternoon cocktails and louche French girls with their tennis games and sunstroke. A book to read, a writer to watch."

"The novel's strength lies in its descriptions; the focus is on immersing the reader in a place."

"Schroeder is a sensitive, postcolonial Canadian alert to the facades erected by suffering natives and bluff imperialists alike."

"No other writer gets the heat, the chaos, the shimmering otherness of the East quite like Penticton's Adam Lewis Schroeder. His second novel, In the Fabled East, is a witty romp through colonial Indochina that focuses on two French nationals separated by time and gender...united partly by war, partly by dissolution of empire, but mainly by a mother-and-child reunion."

Other titles by Adam Lewis Schroeder