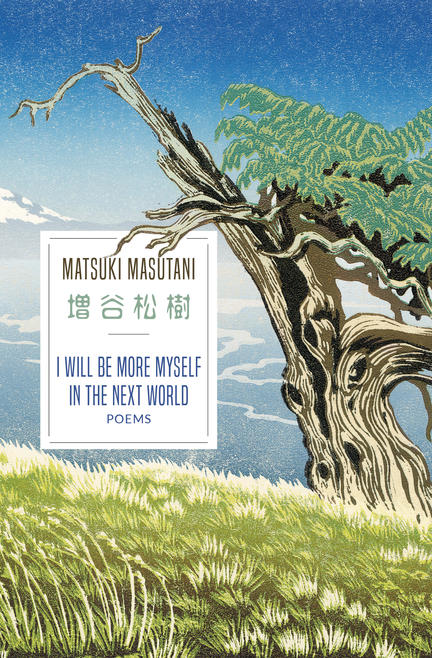 Minimalist poems with perceptive wit, refreshing work from a new BC poet.

In Masutani’s debut book of poetry, his clear minimalist poems embrace with gentle and perceptive wit; aging, family, dreams, his Japanese roots, self-acceptance and island life. Some poems rise tall like sunflowers in an understated garden, untangled and reflective, addressing marriage, Parkinson’s, Chemo and impermanence. You will know exactly where you are when you read “I will be more myself in the next world.” Refreshing work from a new BC poet. Includes translations of many of the poems into Japanese.

Matsuki Masutani is a poet and translator living on Denman Island. He moved from Tokyo to Vancouver in 1976. Ten years later he moved to Denman Island, where he eventually began writing poems in English and Japanese. He has translated Canadian works such as Roy Kiyooka's Mothertalk, Hiromi Goto's Chorus of Mushrooms, and from Japanese into English, Kishizo Kimura's memoir, Witness to Loss, published by McGill-Queen’s University Press in 2017. His poems have appeared in Geist magazine, Capilano Review and in the anthology Love of the Salish Sea Islands

“Intimate, spare, lucid, Masutani's poetry moves through a lifetime––from the domestic to the profound. Like a glass of cool water when I didn’t know I was parched. His poems revived me. And made me laugh aloud too!”–Hiromi Goto, author of Shadow Life.

“The poet Fred Cogswell spoke of ‘star people.’ You chance upon them. They emanate a certain deep inner glow. Matsuki Masutani has that bright starlight. You will know it when you meet/read him.”–Joy Kogawa.

“These brief poems record the act of taking notice. There’s a Zen smile at work as Masutani notes the dailyness of long marriage, effects of immigration, and life’s looming end to the daily. Each poem a ‘small frame’ through which ‘dark waters / dance.’–Daphne Marlatt, author of Intertidal: The Collected Earlier Poems 1968-2008.

“With nuanced charm, humour, and a mind of gentle insight and care, Masutani turns his eye to one moment after another, as if considering items at a garage sale. But this is no ordinary eye, and no ordinary poet; his years and struggles, his stumbles and realizations have taught him that to be intimate with all things is one way to express the meaning of a life. In these poems I laughed with him, and felt the trembling world when he came to know “it is earth-shattering / to keep this ordinary life / from shattering.”–Peter Levitt, author of One Hundred Butterflies.