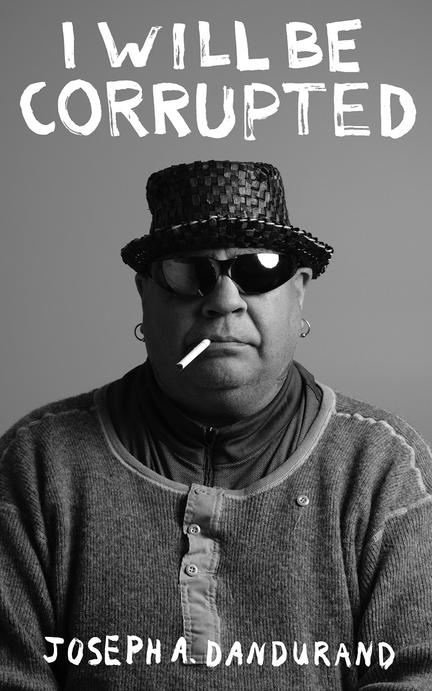 A tale of a Kwantlen man who has been given the gift of healing but also is a heroin addict living on the eastside, what drove the author to write this book of poems was how the voice of the Healer came to him and it was with ease that each poem showed itself. It was if he were right there either talking to a Sasquatch or crawling down an alley on the eastside of Vancouver. It almost has a film quality to it as if each poem is a scene from an epic tale. This is a book of hope, loss, and hopefully a sense of redemption for all the poor souls who find themselves on the street and lost from where they truly come from.

JOSEPH A. DANDURAND is a member of Kwantlen First Nation located on the Fraser River east of Vancouver. He is the Heritage and Lands Officer for the Kwantlen territory and has been performing his duties for over 15 years. He has been a Playwright-in-Residence for the Museum of Civilization in Hull in 1995 and for Native Earth in Toronto in 1996. He studied Theatre and Direction at Algonquin College and University of Ottawa. His poems have appeared in numerous journals and anthologies. He has also authored a radio script which was produced by CBC Radio in 1999.RANDY MORIN is a teacher, storyteller and English-Cree translator from the Big River First Nation, Treaty Six area. He is specializing in literary, radio and video translations from English to Cree. He is a strong supporter of maintaining and teaching of Cree language and culture and shares this knowledge in the classroom as a high school teacher in Saskatoon, SK.

Reviews of past work:

"These are powerful visionary parables of suffering, redemption and retribution" --The Toronto Star

Joseph A Dandurand’s thirteenth book of poetry, I Will Be Corrupted, is a powerful work in its depth and craft and beautiful in its simplicity and form. With raw, relentless energy, Dandurand, a member of Kwantlen First Nation on the Fraser River near Vancouver, writes honestly about his life and past: the trauma caused by colonialism, Catholicism, addiction, and trauma, as well as the healing found in cultural traditions, spirituality, fishing, and writing. I Will Be Corrupted is a mature work that finds a measure of acceptance in past injuries and mistakes but also acknowledges a complicated future. For Dandurand, ‘corruption’ is turned on its head and becomes a channel of healing.

Other titles by Joseph Dandurand

The East Side of It All

The Sasquatch, the Fire and the Cedar Baskets