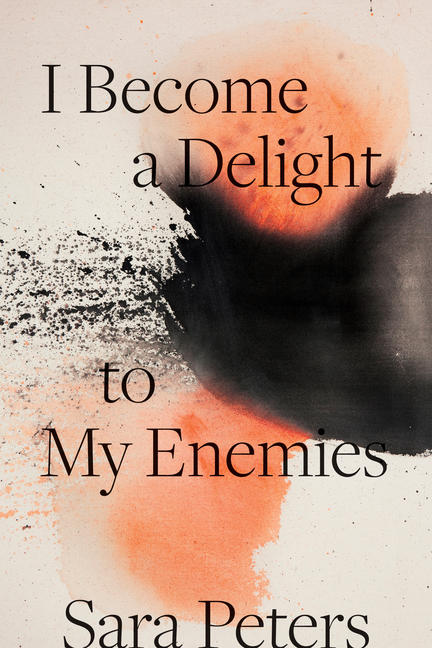 Dark, cutting, and coursed through with bright flashes of humour, crystalline imagery, and razor-sharp detail, I Become a Delight to My Enemies is a gut-wrenchingly powerful, breathtakingly beautiful meditation on the violence and shame inflicted on the female body and psyche.

An experimental fiction, I Become a Delight to My Enemies uses many different voices and forms to tell the stories of the women who live in an uncanny Town, uncovering their experiences of shame, fear, cruelty, and transcendence. Sara Peters combines poetry and short prose vignettes to create a singular, unflinching portrait of a Town in which the lives of girls and women are shaped by the brutality meted upon them and by their acts of defiance and yearning towards places of safety and belonging. Through lucid detail, sparkling imagery and illumination, Peters' individual characters and the collective of The Town leap vividly, fully formed off the page. A hybrid in form, I Become a Delight to My Enemies is an awe-inspiring example of the exquisite force of words to shock and to move, from a writer of exceptional talent and potential.

Sara Peters was born in Antigonish, Nova Scotia. She completed an MFA at Boston University, and was a Stegner Fellow in poetry at Stanford University from 2010 to 2012. Her poems have appeared in Poetry Daily, The Threepenny Review, and The Walrus. She lives in Toronto.

Praise for I Become a Delight to My Enemies:

“The subject matter, while in some senses timeless, is also very much of the present moment. I Become is a book of voices, disembodied, all of its characters from a nameless town where they experienced sexual abuse and terror. Contributing to the sense of secrecy and shame, some of the text appears occasionally as marginalia, like whispered comments from the periphery of a town’s main square. No two pages are alike. The text is often in fragments, abruptly cut, as if the speakers are hesitant about how much they should say. . . . [A]n aural immersion in a town of people who need to speak out, to reveal truths, to push back against the shame, to hold out hope.” —Globe and Mail
“If Delight demands a different type of engagement—it is its own many-headed beast, consisting of mini fables, prose vignettes, poems whose lines float unmoored in white space, story shards, marginalia—it also offers a different type of reward for the persevering reader. Making sense of historical and immediate trauma is not easily pondered or plotted. It deserves a form that challenges us to slow and struggle and sit with the stories that break us.” —Toronto Star

“I Become a Delight to My Enemies takes massive risks that pay off often, especially when Peters refuses to tone things down and turn away. Like her excellent poetry debut, her fiction debut bodes well for her future as an author and is a surprisingly audacious offering from a new Canadian imprint.” —Winnipeg Free Press

“[U]ncanny and vivid. . . . Peters’s stylistic hybridity invites the reader into gaps and absences; the result is a kind of complicit questioning of narratives that must be unlearned, relearned, and inhabited.” —Quill & Quire

“I Become a Delight to My Enemies is a clever, genre-blending work that portrays a complex and deeply affective picture of feminism and femininity.” —The Puritan

Other titles by Sara Peters