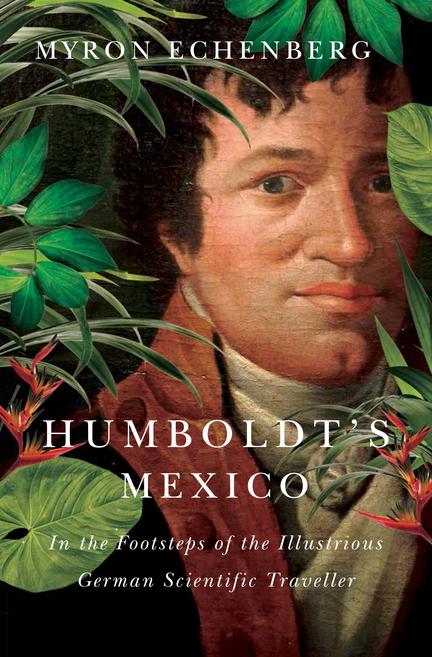 The incalculable influence of Alexander von Humboldt (1769–1859) on biology, botany, geology, and meteorology deservedly earned him the reputation as the world’s most illustrious scientist before Charles Darwin. Humboldt’s breath-taking explorations of Mexico and South America from 1799 to 1804 are akin to Europe’s second “discovery” of the New World – this time, a scientific one. His Political Essay on the Kingdom of New Spain is a foundational document about Mexico and its cultures and is still widely consulted by anthropologists, geographers, and historians.

In Humboldt’s Mexico, Myron Echenberg presents a straightforward guide with historical and cultural context to Humboldt’s travels in Mexico. Humboldt packed a lifetime of scientific studies into one daunting year, and soon after published a four-volume account of his findings. His adventures range widely from inspections of colonial silver mines and hikes to the summits of volcanoes to meticulous examination of secret Spanish colonial archives in Mexico City and scientific discussions of archaeological sites of pre-Hispanic Indigenous cultures. Echenberg traces Humboldt’s journey, as described in his publications, his diary, and other writings, across the heartland of Mexico, while also pursuing Humboldt’s life, his science, his experiences, his influence on scholars of his time and after, and the various efforts by others to honour and at times to denigrate his legacy.

Part history, part travelogue, and always highly readable and informative, Humboldt’s Mexico is an engaging account of a gifted scientist and visionary that ranges across topics as diverse and broad as natural history was in his era.

Myron Echenberg is professor emeritus of history and classical studies at McGill University.