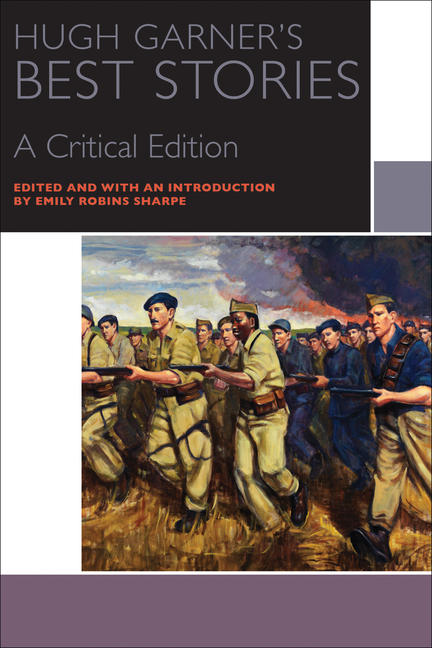 Hugh Garner’s Best Stories received the Governor General’s Literary Award for English-language fiction in 1963. The collection consists of twenty-four stories composed between the late 1930s and the early 1960s and reflects the immense flux of the mid-century, from the Great Depression to the Spanish Civil War, World War II, the Civil Rights movement, and second-wave feminism. Garner takes on issues ranging from anglophone–francophone conflict in Canada to racism in the American South, from the disenfranchisement of First Nations people to the mistreatment of the mentally disabled. Best Stories is not only notable for the devastating precision of its prose, but also for its contribution to the Spanish Civil War literary canon. This new edition brings short fiction by Garner into conversation with the wider canon of Canadian and transnational leftist and proletarian literature.

Hugh Garner (1913-1979) was a Toronto novelist, short story writer and journalist. He published sixteen books during his lifetime, including Hugh Garner’s Best Stories , winner of the Governor General’s Award for English-language Fiction.

Amy Lavender Harris teaches at York University. She is the author of Imagining Toronto (2010) which was shortlisted for the Gabrielle Roy Prize in Canadian literary criticism.
The Consulting Editor for Ricochet Books is Brian Busby.

Emily Robins Sharpe is Assistant Professor of global Anglophone and postcolonial literatures in the English Department at Keene State College, and affiliate faculty of the Women’s and Gender Studies Department and the Holocaust and Genocide Studies Department. She is currently completing a monograph, Mosaic Fictions: Writing Diaspora in the Spanish Civil War.

In recent years, Canadian modernist literature has been the subject of wide-ranging recovery projects like Editing Modernism in Canada and the Canadian Writing and Research Collaboratory, many of which have been facilitated by digital platforms. Part of the Canada and the Spanish Civil War sub-series of the University of Ottawa Press’s Canadian Literature Collection, Best Stories is the second literary work brought out in print as part of spanishcivilwar.ca, a more holistic digital archival recovery platform. In addition to the context of Canadian modernist recovery projects, Sharpe’s collection engages in the global recovery of leftist literature. Cary Nelson has elucidated the history of American revolutionary left politics and literature, and Valentine Cunningham has collected British leftist poetry on the Spanish Civil War. Sharpe’s collection joins scholarship by Candida Rifkind on Canadian leftist modernism and Michael Petrou on Canadian volunteer combatants in the Spanish Civil War. Her specific intervention demonstrates the integration of these contexts: international conflicts like the Spanish Civil War and domestic working-class leftist politics shape Garner’s modernist-realist perspective of Canadian life.

Sharpe’s edition provides a tidy, if implicit, parallel to Garner’s collection. Sharpe’s edition fits into broader digital and print publications, draws together multiple critical contexts, and features a writer whose work appeared primarily in Canadian venues. Thanks to Sharpe’s editorial treatment, Garner’s “multimedia production” across print, film, and radio spans outwards from the print instance of the stories; the multiplicity of international, Canadian, classed, gendered, and radicalized contexts emerge as networked connections across Garner’s short fiction. The connections of Canadian literary production and archival recovery to their international contexts come to light.

Other titles by Hugh Garner

The Silence on the Shore