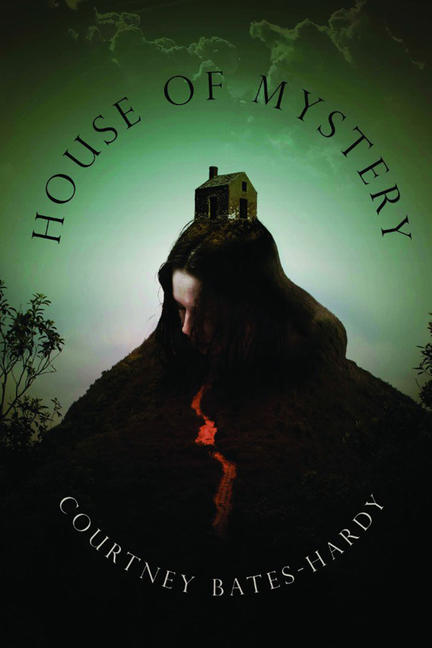 Poetry editor Courtney Bates-Hardy is the author of House of Mystery (2016) and a chapbook, Sea Foam (2013). Her poems can be found in Room, Carousel, and This Magazine, among others. They have been featured in Imaginarium 4: Best Canadian Speculative Poetry and are forthcoming in Best Canadian Poetry 2021. She lives in Regina with her partner and their cat.

(NB: This review first appeared on Goodreads and Amazon.ca)

House of Mystery is the debut poetry collection of Courtney Bates-Hardy (although “debut” is something of a misnomer, as many of the poems in this book were first published in magazines, and the first section, Siren, was originally published as a chap-book entitled Sea Foam by JackPine Press). The book is a debut, however, in the sense that it is one of the first offerings of KQP, a new poetry imprint from famed Canadian genre-publisher ChiZine Press.

KQP were wise to forge new ground with this magnificent book. Like a sorceress, Bates-Hardy conjures vivid illusions with her evocative free verse poetry. The poems in this book possess a musicality, and are eminently unpretentious and accessible – which is not to say that they aren't complex and artful. Poems like “= ≠” and “Eclipse” invite readers to turn them over and examine them from all angles.

The breadth of subject matter in this collection is striking. Like the fairy tales that inspire them, these poems contain life, death, and everything in between. The experiences they relate range from the intimate to the universal. Bates-Hardy frequently approaches subjects of scorn (step-sisters, witches, ogres) with empathy, which casts old tales in new light. Bates-Hardy also demonstrates her fairy tale bonafides, with a deep well of material represented here – we are not limited to just those tales that appear in Disney (although those stories are present as well).

With House of Mystery, Courtney Bates-Hardy has marked herself out as a poet to watch. This is a book for anyone who loves beautiful language, and I particularly recommend it to anyone who does not consider themselves a reader of poetry, but loves fairy tales. I hope this book will serve as both a gateway and a meeting ground for poetry lovers and fairy tale lovers – and for those who already love both, you have found a home.

Other titles by Courtney Bates-Hardy

a year of pandemic poetry and prose