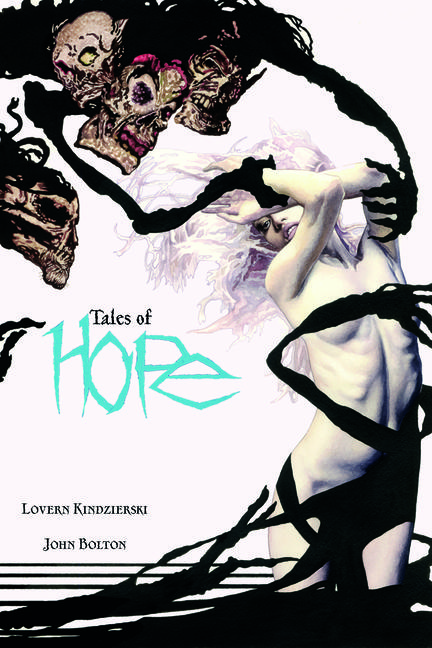 Shame is dead, her demon father blasted back to Hell. Hope, newly born into the body of a young woman, stumbles from the battle scarred castle still filled with Shame's malevolent servants. The evil witch may have been defeated, but her dark forces are determined to stamp out Hope's return to the world.

Lovern Kindzierski is a successful writer, colorist and illustrator based in Winnipeg, Canada. He has been nominated as best colorist for the Eisner Awards, Harvey Awards, and Schuster Awards. As a writer, he has worked on titles including Spiderman, Wolverine, and The Victorian. His writing on Tarzan garnered him a Harvey Award Best Writer nomination.

Based in London, England, and described by director Robert Rodriguez as a "God" for his art for Peter Straub's The Green Woman, John Bolton was seven when he first encountered a paint brush. It was love at first sight, offering him an output to visualize and create what he saw in his mind and put it to paper. Thus began a life-long ambition of creativity all connected by one underlying theme, the interesting and bizarre.

"A mystical masterpiece! John Bolton's art is as entrancing as the magical tale it depicts." -John K. Kirk, Popmythology

"Bolton's fully-painted art makes it feel like a comic book that escaped from the Renaissance, and the tragic narrative will keep you hooked." -Mike Donachie, Toronto Star

"3 Reasons Why You Need to Read Shame ... It's Smart, Sensual, and Shameless." -Jason Wilkins, Broken Frontier

"Utterly entrancing! A mature fairy tale for adults, this is a sensuous and macabre story of evil... The watercolour art is breathtaking and luscious. Highly recommended." -Nicola Mansfield, It's All Comic to Me

"In this sumptuous graphic novel, author Lovern Kindzierski and artist John Bolton deliver a fantastical tale of powerful, beautiful women wielding extraordinary magical powers that they can use to either damn the world or save it." -USA Sci Fi Book Club Pick of the Month

Other titles by Lovern Kindzierski

Other titles by John Bolton

Other titles by Annie Parkhouse