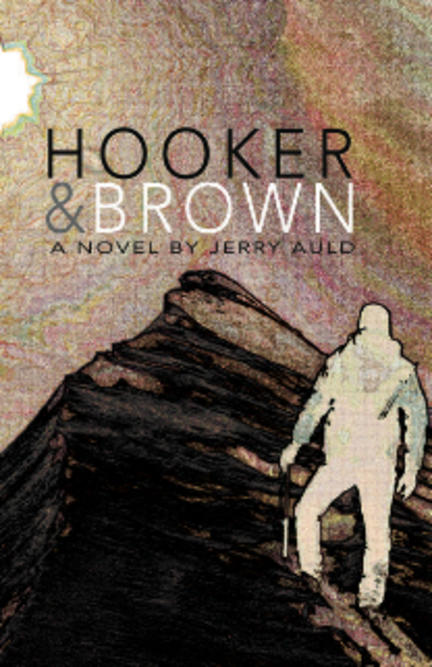 Shortlisted for the 2009 Boardman Tasker Prize for Mountain Literature

Set in the Canadian Rockies, Hooker & Brown is an evocative adventure story about one man’s quest to put to rest a historical mystery. While reading a history book of the area, Rumi—a trail crewman in the Rocky Mountain Parks system—learns of two mysterious mountains, and their story is re-entered into the climber’s imagination. Excited by the idea of seeing the mountains and retracing the steps of earlier mountaineers, Rumi begins a pursuit to reach these peaks and to find out if they truly do exist.

Based on a true story from the Rocky Mountains and filled with exhilarating descriptions of one climber’s attempt to tackle some of the world’s greatest peaks, Hooker & Brown explores the effect of mystery and historical inaccuracies in our lives.

Jerry Auld’s short stories have been published in the Alpinist and in the Canadian Alpine Journal. He is a graduate of the University of Calgary and an alumnus of the Banff Writing Studio, where he worked under the direction of Michael Helm and Paul Quarrington. At the 2005 Banff Mountain Film Festival, Jerry was the co-recipient of the 2005 People’s Choice Award for the independent film Sister Extreme. Jerry’s knowledge of the mountains comes from full-time work on the trail crew for Kananaskis Country in the Alberta Rockies, as well as at the Banff Centre, Parks Canada, and the Banff Lodging Company. He is currently a self-employed consultant in website development and programming. Hooker & Brown is his first novel.

This is an enjoyable novel to read, yet at the same time it will provide the reader with opportunities to reflect on his or her own soul and its relation with others and with nature. —La Boîte à Recettes

Other titles by Jerry Auld

A Jazz Guide to Banff

40 Mazes for All Ages