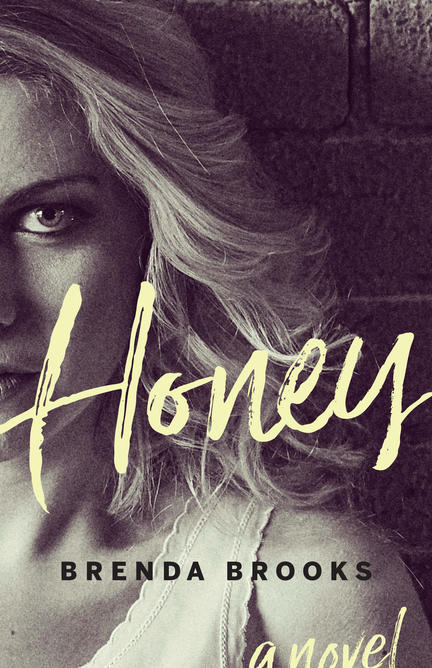 Shortlisted for the 2019 Staunch Book Prize

For readers of Sharp Objects comes a thrilling modern noir with a fresh narrative voice that explores coming of age, desire, and the lengths we’ll go to for love

When 24-year-old Nicole Hewett’s beloved childhood friend, Honey, returns to their small northern town after an unexplained six-year absence, Nicole realizes how her life had stalled without her. But the prodigal returns with troubling secrets, and before long Nicole is drawn into a high-stakes game. Honey is a thrilling, sensuous modern noir novel with a classic refrain: nothing is more dangerous than love.

Brenda Brooks has published two poetry collections and a novel, Gotta Find Me an Angel, a finalist for the Amazon.ca First Novel Award. She lives on Salt Spring Island in British Columbia.

I never went back to the house on Montague Street again. I didn’t even return to town. The day of my release I thought about dropping by Robinson’s on 3rd to pick up something new to wear, give myself the illusion of a fresh start, that sort of thing, but there were bound to be a few locals around who remembered what happened so I kept driving.

All I took with me was a suitcase and that thrift store hour glass Honey gave me on Christmas Eve the night they ran off: brass, with genuine hand-blown bulbs. She said it was precise, never got clogged, the sand always ran true. It turned out to be symbolic as hell but that’s the nature of an hour glass after all: it whispers the bottom line without saying a word.

No, I never returned to Buckthorn at all. It would have been like cruising through an abandoned movie set, tumbleweeds blowing down the boulevard, the last fake storefront nailed shut — which is what that Godforsaken place was bound for anyway. That’s why you’ve never heard of my hometown. It doesn’t exist anymore, at least not in the way I remember. Maybe it never did. Look at me, will you: twenty-five and already living in the past.

Honey was from Buckthorn too, although she bullshitted from childhood on about various far-flung locales being her true birthplace. I went along for the fun of it. And after all, our town being what it was? Who could blame her for getting stoned now and then and dreaming? Elba, some island in Italy, was her favorite fantasy. She had a thing about it for years. According to her she’d been born there in another life. “The life that counts,” she said. I sometimes thought she would have chosen any exotic locale as long as it had a beach, a big red sunset, and rose-colored sand. Sand that color is pretty unlikely, I told her, even in Elba, but that didn’t bother her. She liked pretty unlikely things, her dreams (and old scrapbooks) full of beaches and ruins and old trees with truffles tangled in their roots — things like that. In a way I guess you could say that this whole mess came down to Honey trying to find her true-blue homeland, and me doing my best not to lose her again.

I’m not much for talking, now more than ever, although I’m sure that’s hard to believe. I mean, look at me rattling on. If you asked me where I’m from, what it was like there — and what I mean by “what happened,” I’d tell you about Honey. Because she’s where I’m from, and the only place I’ve ever really been.

“Brooks has delivered a meaty, insightful, and at times funny story of star crossed lovers (think Rebel Without a Cause). Her writing is exceptional and hard-driving, and the story itself difficult to put down.” — Booklist

“Sinuous and captivating, Honey is a novel about friendship, obsession, and the troubling, even perilous ambiguities behind motivations and desires.” — Foreword Reviews

“An exploration of obsession and the ignition of latent desires . . . The characters may be rough around the edges, but their descriptions contain a sense of grace . . . [A] sumptuous slow burn of a novel.” — Shelf Awareness for Readers

“Honey shows that the classic noir fatalism you see in writers like David Goodis makes a lot of sense in a contemporary setting as well. With well-drawn characters and Brooks’s ability to tease out an obsessiveness that leads to some truly bad decision-making, this is an impactful, spare read.” — Nathan Ripley, author of Find You in the Dark and Your Life Is Mine