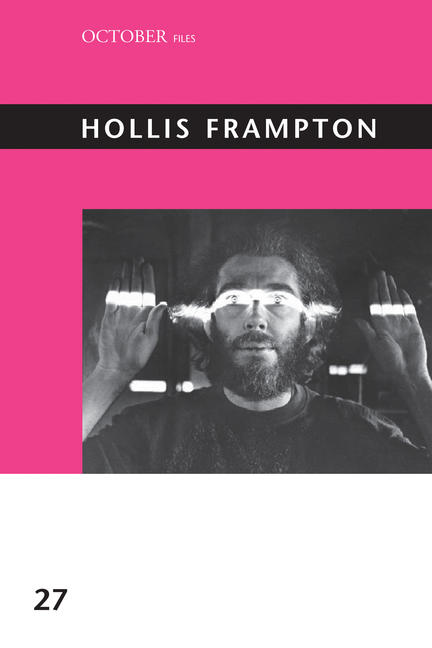 The first collection of critical writing on the work of experimental filmmaker Hollis Frampton.

Hollis Frampton (1936–1984) was one of the most important experimental filmmakers and theorists of his time, and in his navigation of artistic media and discourses, he anticipated the multimedia boundary blurring of today’s visual culture. Indeed, his photography continues to be exhibited, and a digital edition of his films was issued by the Criterion Collection. This book offers the first collection of critical writings on Frampton’s work. It complements On the Camera Arts and Consecutive Matter, published in the MIT Press’s Writing Art series, which collected Frampton’s own writings.

October was as central to Frampton as he was to it. He was both a frequent contributor—appearing in the first issue in 1976—and a frequent subject of contributions by others. Some of these important and incisive writings on Frampton’s work are reprinted here. The essays collected in this volume consider Frampton’s photographic practice, which continued even after he turned to film; survey his film work from the 1960s to the late 1970s; and explore Frampton’s grounding in poetics and language. Two essays by the late Annette Michelson, one of the twentieth century’s most influential writers on experimental film, place Frampton in relation to film and art history.

Michael Zryd is Associate Professor of Cinema & Media Arts at York University. He has published widely on experimental film, including articles on Hollis Frampton, Joyce Wieland, and Canadian film studies.

Other titles by Michael Zryd