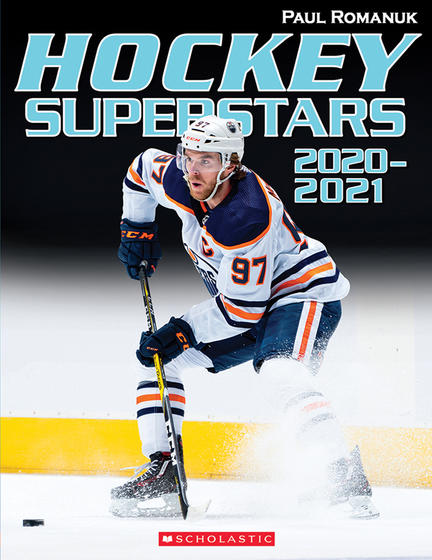 For over thirty years kids (and their parents) have looked forward to Paul Romanuk’s annual Hockey Superstars books!

It’s a must-have for any hockey fan heading into the next exciting season!

PAUL ROMANUK has worked his way from calling games in front of his television with the sound turned down as a child to being a veteran national sportscaster. He was the lead hockey play-by-play voice at The Sports Network for more than a decade and worked as a reporter and host on SportsCentre. Aside from calling hundreds of hockey games, Paul has covered the Summer Olympics, Winter Olympics, Pan Am Games, Asian Games and Soccer World Cup. His travels for work have taken him from the Far East to Australia to Russia, all over Europe and to over a hundred cities in Canada and the United States. Paul is also an accomplished photographer.

“It’s easy to imagine author Romanuk as a super-fan eager to pass on his interest in the game to younger versions of himself with this series, and he’s certainly done a fine job at that task.” — Quill & Quire

“Romanuk and his publishing team know well what the fans want, and with this book, they deliver it.” — CM: Canadian Review of Materials

Other titles by Paul Romanuk