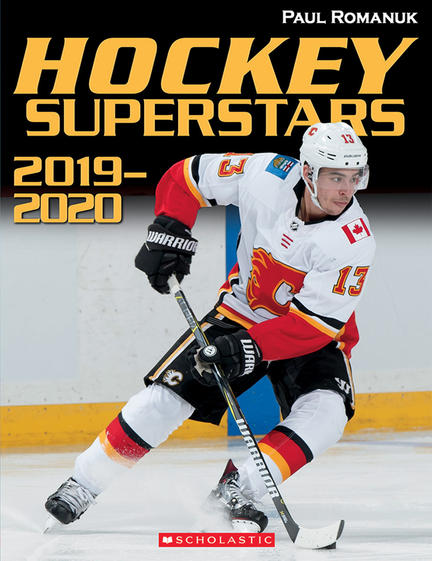 For over thirty years kids (and their parents) have looked forward to Paul Romanuk's annual Hockey Superstars books!

As always, this year seventeen of the NHL's superstars are profiled, with glossy, full-page, full-colour photos, with bios, previous-season stats, and pull-out interview quotes. Hockey Superstars also includes info on all the teams, fill-in pages so kids can choose and track their favourite players and predict the season, referee signals, NHL award winners and stats, and a countdown to the Cup fill-in poster!

It's a must-have for any hockey fan heading into the next exciting season!

PAUL ROMANUK has worked his way from calling games in front of his television with the sound turned down as a child to being a veteran national sportscaster. He was the lead hockey play-by-play voice at The Sports Network for more than a decade and worked as a reporter and host on SportsCentre. Aside from calling hundreds of hockey games, Paul has covered the Summer Olympics, Winter Olympics, Pan Am Games, Asian Games and Soccer World Cup. His travels for work have taken him from the Far East to Australia to Russia, all over Europe and to over a hundred cities in Canada and the United States. Paul is also an accomplished photographer.

Other titles by Paul Romanuk