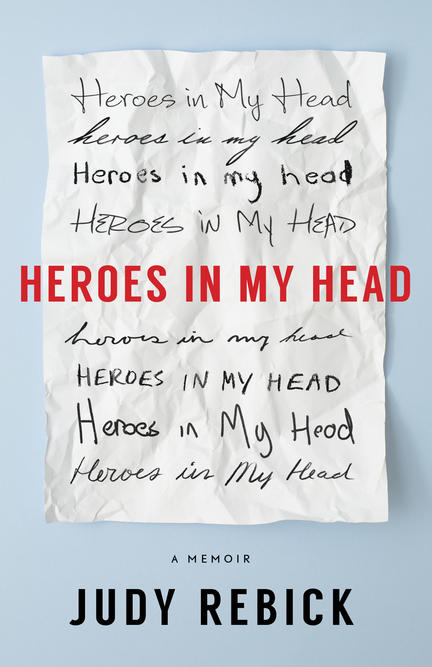 A courageous, moving, and powerful memoir from a renowned feminist activist, Heroes in My Head is the incredible untold story of Judy Rebick’s struggle with depression and Dissociative Identity Disorder.

In this riveting memoir, renowned feminist Judy Rebick tells the story of the eleven personalities she developed in order to help her cope with, and survive, childhood sexual abuse. In Heroes in My Head, Rebick chronicles her struggle with depression in the 1980s, when she became a high-profile spokesperson for the pro-choice movement during the fight to legalize abortion. It was in the 1990s, when she took on her biggest challenge as a public figure by becoming president of a major women’s rights association, that her memories began to surface and became too persistent to ignore.

Rebick reveals her moment of discovery: meeting the eleven personalities; uncovering her repressed memories of childhood sexual abuse; and then communicating with each personality in therapy and on the page in a journal — all of this while she is leading high-profile national struggles.

Heroes in My Head is a fascinating, heartbreaking, but ultimately empowering story. With courage and honesty, Rebick lays bare the public and private battles that have shaped her life.

JUDY REBICK is a well-known social justice and feminist activist, writer, journalist, educator, and speaker. She is the author of Transforming Power: From the Personal to the Political, Occupy This!, Ten Thousand Roses: The Making of a Feminist Revolution, and Imagine Democracy. Founding publisher of rabble.ca, Canada’s popular independent online news and discussion site, Judy continues to blog on rabble.ca. She is the former president of the National Action Committee on the Status of Women, Canada’s largest women’s group, and was the first CAW Gindin Chair in Social Justice and Democracy at Ryerson University. During the 1990s, she was the host of two national TV shows on CBC Newsworld and is a frequent commentator on CBC Radio and Television. In the 1980s, she was a well-known spokesperson for the pro-choice movement during the fight to legalize abortion. She lives in Toronto.

Other titles by Judy Rebick

Making Of A Feminist Revolution, The

No Longer a Footnote: Extraordinary Lives

History is too often told through the texture of men’s lives. In recent years, the rise of women’s biography and memoir has sought to rectify that, …

11 Life Stories To Read This Spring

This assortment of memoir, biography, and autobiography brings real life to the page, and into the minds of readers.

"I can’t overstate the role that reading has played in my life, as a person and a feminist."